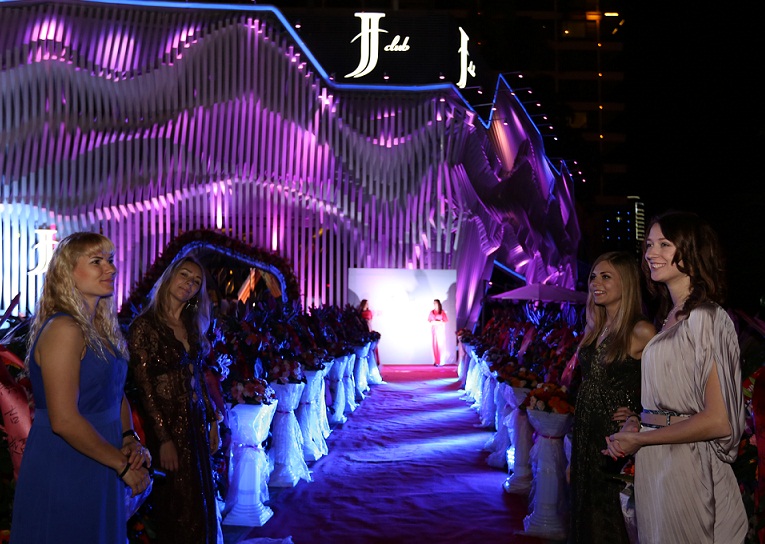 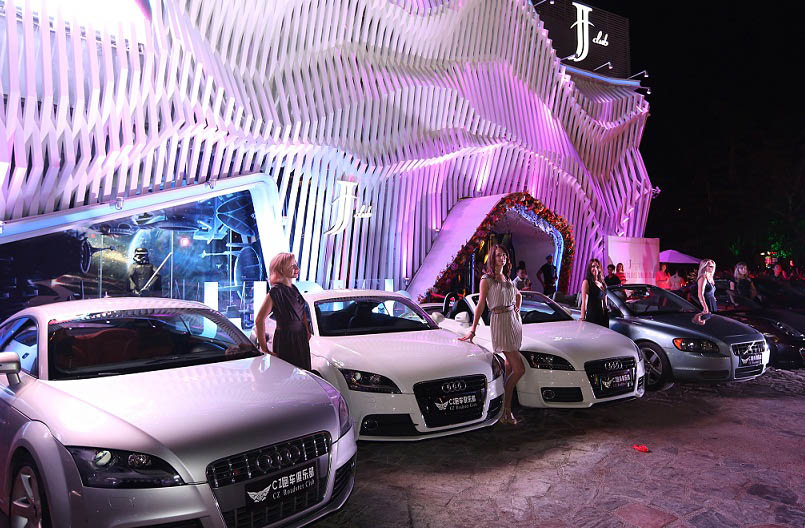 The lavish opening ceremony, which took place on Saturday night on the 25th of January 2014, saw some top international models parading among the top luxury automobiles.

All dressed up and nowhere to go? This is no longer the case with the opening of Club JJ at the Time Coast Square in downtown Sanya. The lavish opening ceremony, which took place on Saturday night on the 25th of January 2014, saw some top international models parading among the top luxury automobiles; many were the pride and joy of some Sanya socialites.

A night of glitz and glamor, the show party and fever was capped by the beats of music and resonating bass, from pop, rap, hip hop, new rock and the Rock n Roll JJ style, pumped out by the top DJs from JJ, turning a night of rave and Rock & Roll into a classy, stylish and fun gathering of invited guests, 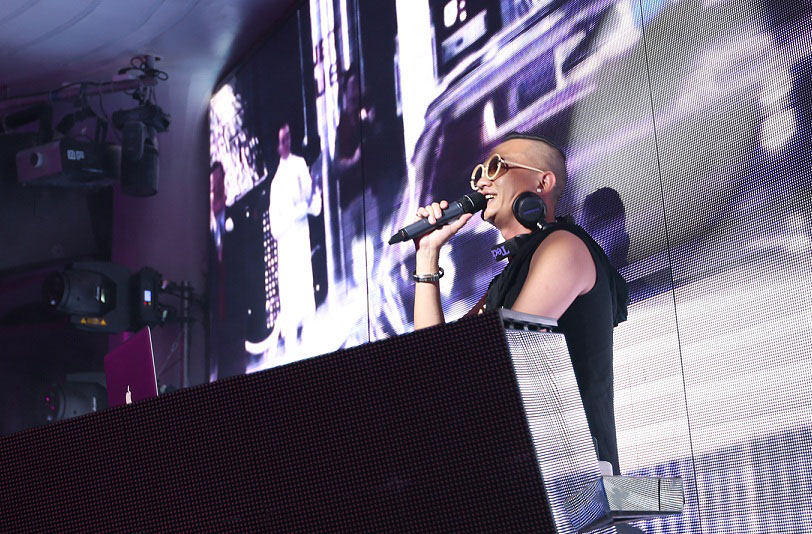 This is definitely welcoming news for those who are seeking thrills in Sanya. The growth in the number of trendy tourists in the resort city of Sanya has been exponential in the past few years, as some top end Chinese and foreign tourists alike are flocking into Sanya, made possible by the popularity of its world class high end venues, their amenities and the modern infrastructure that Beijing and Sanya are busy building.

With the increase in demand for top end night entertainment and the accompanying excitement, Club JJ is definitely going to hit the spot among Sanya socialites and big spending tourists, further enhancing Sanya’s popularity and colorfulness.

Located at the Time Coast, Sanya’s most popular nightlife spot, more frequently referred to as the Bar Street of Sanya, Club JJ is certain to make a stir as the newest addition to this nightclub area, looking to entertain the city’s growing population of trendsetters, tourists and expats.

The club features state of the art lighting and sound and an acoustic dance area. The high DJ booth is strategically positioned so the DJs can coordinate and monitor the dance floor, the lighting and the sound system. High up in the raised platform, the DJs can pump out the music of the night, and music of their choice, while engaging the ravers.

About JJ Club
JJ Club was founded in Shanghai in 1992. It’s a pioneer of Rock n Roll entertainment in China, since it has popularized rock and roll music and its name is now synonymous with the Rock n Roll scene in China. In the last two decades as many of the music and dance spots have been added to the Chinese nightlife, many have come and gone, however the Beijing Rock n Roll has stood the test of time and it is still dominating as well as being a big part of the disco entertainment scene in China. And Club JJ no doubt plays a vital part and is a major part of the equation.

Beijing Rock n Roll was created and popularized in the 90’s in Shanghai, Guangzhou, and Beijing and then spread to other second tier cities. Club JJ is the leading disco entertainer of China, the concept JUST JUMP, or JJ, was developed from the early days of China’s disco industry when this western night entertainment had just crept into the Chinese society, and it was the dream of a Chinese American named Warren Ma to popularize JJ in China.

Now, Ma prides itself in being the creator of Beijing Rock & Roll, and dubbed the Father of Disco of China.

Next news: Several int’l sports events to be held in Hainan during CNY holiday