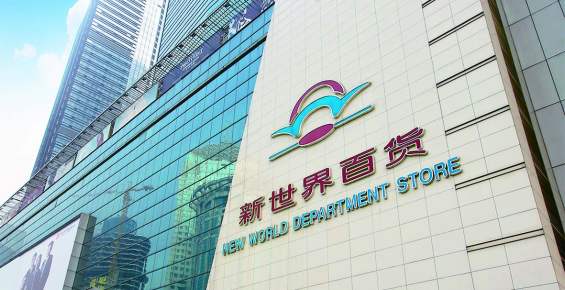 "Looking at July's figures, we actually did better than last year. It's likely that we can maintain at least single high-digit growth for the full year," executive director Adrian Cheng Chi-kong told The Standard.
At the end of last year, NWDS launched a three-year rebranding program for its 35 mainland department stores.
The 2 billion yuan (HK$ 2.29 billion) Wuhan K11 mall which opened in mid-July has benefited the retail industry in the surrounding areas. Cheng said NWDS will open two to three stores each year, as well as six to seven more K11 malls in the next two years.
The company is to invest up to US$19 billion (HK$ 148.2 billion) in Shenyang and Wuhan on a cultural and art district as well as three projects that include homes, hotels and commercial space.
NWDS is now eyeing second- and third-tier cities including Chengdu, Tianjin and Hainan.
With HK$ 2 billion to HK$ 3 billion cash in hand, "we will not rule out acquiring local malls for expansion," Cheng said without giving details.
After launching New World Beijing department store, which can generate about 2 billion yuan in revenue each year, Cheng said the northern region will become the firm's earnings driver, followed by the central and eastern regions.
Although spending power in second-tier cities is lower, the huge growth potential of 10-20 percent a year cannot be ignored, he said.
Cheng, who is also executive director of New World China Land (0917), said the group's strategy to develop its retail business together with property projects will continue.
He said the firm felt no pressure despite Beijing's tightening measures because its homebuyers are mostly end users.
As the group employs a multi-purpose development strategy, "our residential projects are more resilient to market volatility," Cheng added.
SOURCE: www.thestandard.com.hk
Editorial Message
This site contains materials from other clearly stated media sources for the purpose of discussion stimulation and content enrichment among our members only.
whatsonsanya.com does not necessarily endorse their views or the accuracy of their content. For copyright infringement issues please contact editor@whatsonsanya.com

Next news: Mundo Colombia 2010 winner to be crowned in Bogota