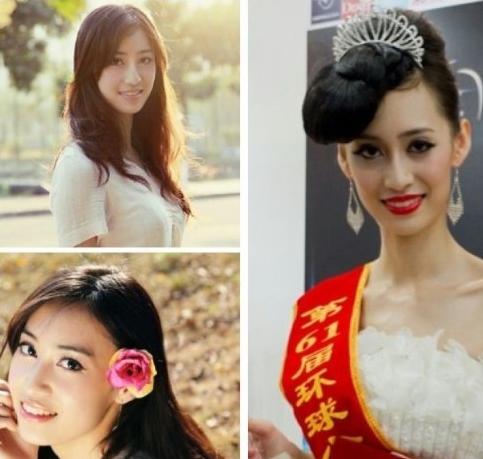 Tan Qiaoyi, the winner of Miss Universe in Hainan province
Despite the saying that "beauty is in the eye of the beholder", the latest winners of several Chinese beauty pageants have received an overflow of online criticism for their "godforsaken appalling looks" that are believed to be twisting the image of Chinese ladies.

Of course, the description may be a little exaggerated, as most people doing the beholding are used to setting a higher standard for women from beauty contests. But Yue-Sai Kan, the national director of Miss Universe China, is taking the attack seriously and bringing the champion of Miss Universe Hainan province, one of the beauties most attacked online, to "clear up some misunderstanding".

"The overwhelming attention comes as a great surprise for me, since Chinese are rather strange with the pageant culture and quite indifferent to events like this," said Kan on Monday, one day before the final of Miss Universe Shanghai.

"But what we are selecting is not only a good-looking girl, but also a comprehensive beauty," she added, though failing to define "comprehensive". "And I can guarantee 100 percent that the process is fair and not manipulated."

Rumor has it that judges at several beauty pageants held in China recently have been bribed to vote for girls whose families are rich or have connections.

Tan Qiaoyi, the winner of Miss Universe in Hainan province – whose photo with two other winners has been ruthlessly described with words like "ugly", "hideous" and even "grotesque" – also stood up against all the rumors and guessing.

"Yes, the picture does look bad. But there is the problem of hairstyle, makeup and maybe most importantly photographic lighting," said Tan, a 1.77-meter Hainan native.

"I am not upset with the rumors at all, because I know what the picture presents is twisted," said the 22-year-old.

A fourth-year English major at Sun Yat-sen University in Guangzhou, Guangdong province, Tan said she took part in the competition because it’s a good opportunity and a precious experience for her future career, which she hopes is related to the entertaining industry, like an actress or a model.

Tan is now busy preparing for the national final of Miss Universe China to be held in September in Shanghai.