Breast intentions … Katia Ivanova
RONNIE Wood’s ex Katia Ivanova strips topless for a scorching new shoot.
The 23-year-old rests a cheeky hand on her rear as she turns sideways to the camera wearing only a thong.

Kazakhstani Katia also dons a full set of lingerie and stockings in an equally eye-catching snap for ZOO mag.

And she ditches the clothes altogether to wrap up in a bed sheet.

Katia has kept a low-profile since appearing on Celebrity Big Brother in 2010, months after her turbulent split with the Rolling Stones rocker.

Their year-and-a-half romance ended following a booze-fuelled row outside a curry house in Surrey.

Katia then canoodled with Jonas Altberg – aka Swedish hitmaker Basshunter – on the reality TV show before disappearing off the scene for several years. 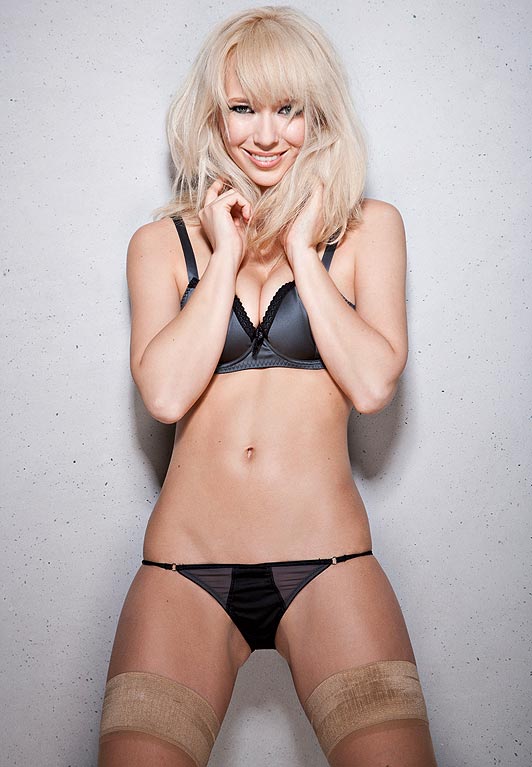 Cracking in her undercrackers … Katia Ivanova
She’s now returned to the limelight, thanks largely to her engagement to rock singer David Arthur last month and this sizzling mag spread.

Explaining her decision to pose in the buff, Katia told ZOO: “I wanted to spice things up a bit.

"I don’t party as much as I used to, so this is my alternative! Besides, it’s another thing I can say I’ve done.

"Posing like this is empowering. I feel confident and, more important, sexy!” 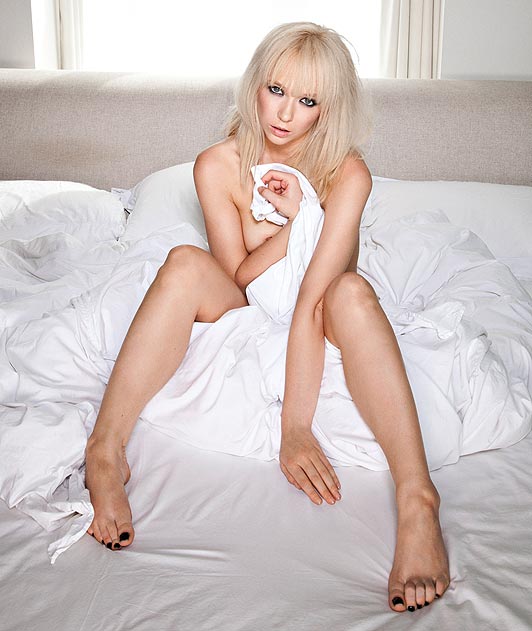 Sheet hot … Katia Ivanova
Katia admits she should never have been part of CBB because she’s the wrong personality type for such a challenge.

"It all felt a bit surreal being on the show,” she said.

"I’m not that chatty with people I don’t know very well, so it was probably the worst environment for me to be in.”

The blonde also regrets her television frolics with Jonas, saying: “I was on the rebound! You know how people watch themselves back on TV? Well, I don’t watch that!

"It was like a primary school fling which everyone made into a big deal. That kind of s*** happens every day.”

Katia opened up about her romance with Ronnie, revealing the relationship “wasn’t pleasant”.

She added: “Going out with an older man can be quite different, but he had the mentality of a 15-year-old. He didn’t even teach me to sing. I still sound like a dead cat!

"Thankfully I’m not known as the girl who went out with Ronnie Wood any more. That’s why I did Big Brother. And now I have this shoot, too.”

The latest issue of ZOO mag is out now. 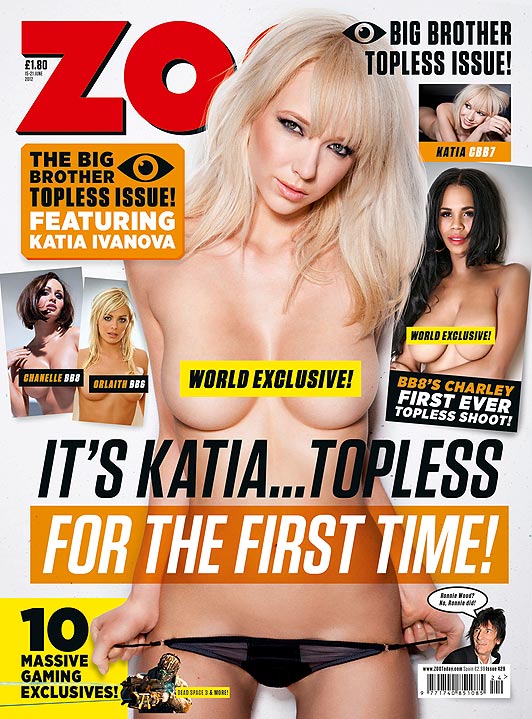