Winner: Olivia Culpo, 20, from Rhode Island won the title of Miss USA on Sunday night during the live broadcast
A 20-year-old cellist from Rhode Island won the Miss USA crown and will represent the United States in this year’s Miss Universe pageant, after she made it clear that she embraced all beauty queens- transgender or otherwise- during the interview portion of the competition.

Olivia Culpo topped a field of 51 beauty queens on Sunday to take the title at the Planet Hollywood Resort & Casino on the Las Vegas Strip.

She strutted across the stage in a purple bikini and a purple evening gown with sparkly belt.

In the dreaded final question round, Ms Culpo was faced with the most difficult question of the night: would it be fair for a person born a man to be named Miss Universe after becoming a woman?

‘I do think that would be fair,’ Ms Culpo said. ‘But I could understand how people could be apprehensive to take that road.’

Ms Culpo said she was short and chubby as a girl, but blossomed after a growth spurt.

I can’t believe it: Miss Culpo said she was short and chubby as a girl, but blossomed after a growth spurt 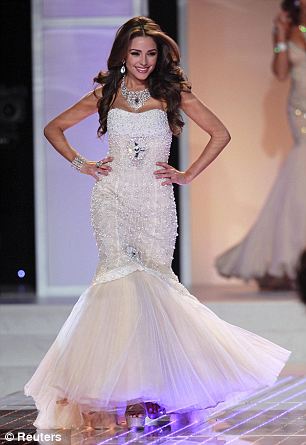 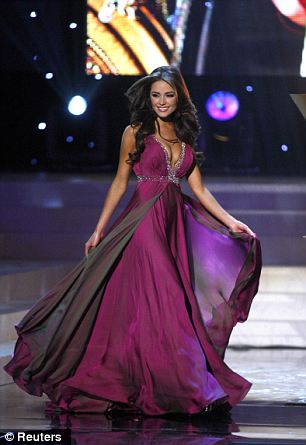 Showing off the outfits: Miss Culpo won two stunning gowns during the ceremony
Rather than spending all her time primping and focused on her looks, she attended band camp in the summer, devoting much of her time to her cello.

Miss Iowa USA Rebecca Hodge was named Miss Congeniality, and Miss Oregon USA Alaina Bergsma was named the most photogenic. They both won $1,000, but didn’t make the top 16.

The pageant at the Planet Hollywood casino on the Las Vegas Strip had three competitions: swimsuit, evening gowns and interview question. 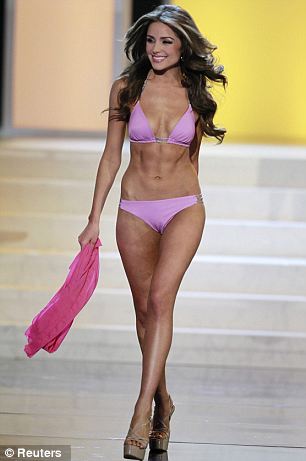 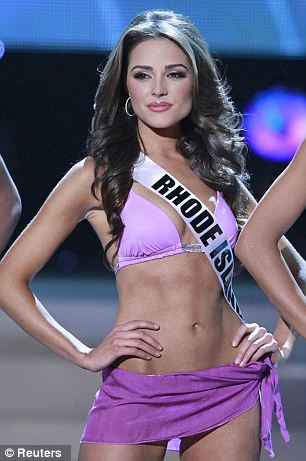 Body of work: Miss Culpo stuck to purple as her color in both the bikini portion (pictured) and the evening gown segment of the competition 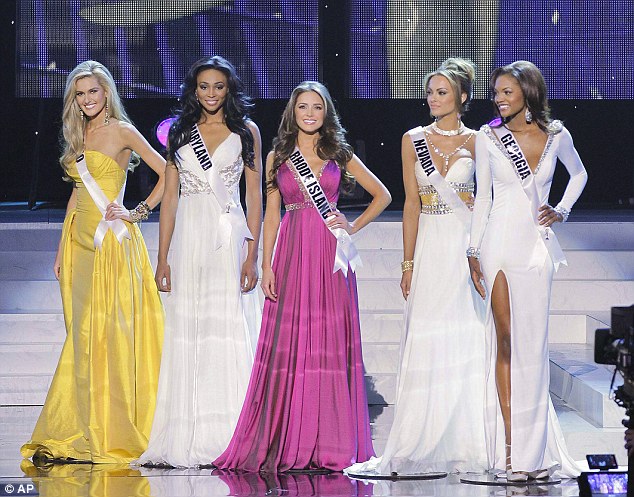 Miss USA 2011 Alyssa Campanella crowned her successor at the end of the night.

Ms Culpo will represent the United States at the 61st Miss Universe pageant later this year. An American has not been named Miss Universe since Brook Lee won the title in 1997.

The Miss Universe Organization is co-owned by NBC and Donald Trump and is not affiliated with the Miss America pageant.