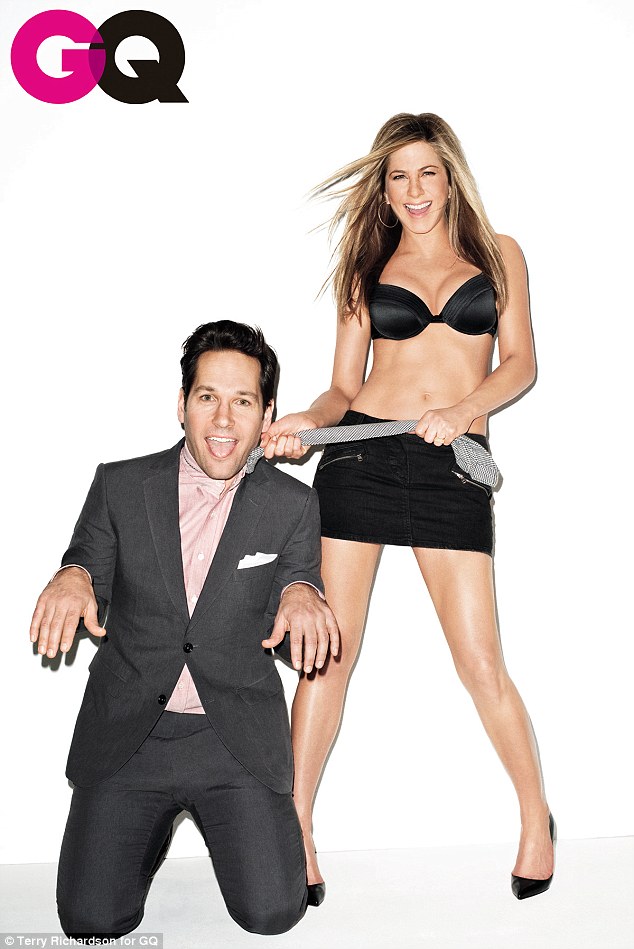 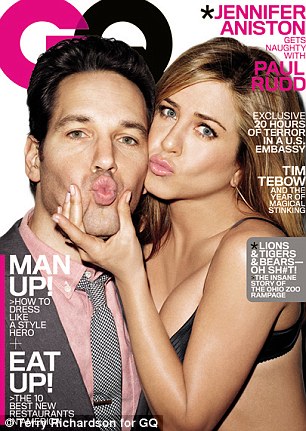 The interview features in the March issue cover of America’s GQ
She seems to have something of a new-found confidence, showing off her figure at every opportunity.

And now Jennifer Aniston has come forward to admit her new attitude has come from being in her forties.

The actress is seen displaying her taut and toned figure in little more than a black bra and miniskirt as she poses in a saucy new shoot for America’s GQ magazine.

She said in the accompanying interview: ‘Forty’s great! Oh, my God, my thirties blew! Forties are great.’

Jennifer also revealed in the interview that she has put on some weight after quitting smoking. However, the actress’ claims are somewhat hard to believe, judging by the sexy shots of the 43-year-old star.

She said: ‘Well, I recently quit smoking, and you do put on some extra pounds! It makes a difference, especially if you’re not 20.’

Jennifer is joined in the shoot by her Wanderlust co-star Paul Rudd, who is seen playfully panting while the actress pretends to pull him by his tie.

In the interview, Jennifer, who is in a happy relationship with actor Justin Theroux, also speaks about speculation on when she will start a family.

She said: ‘I think people maybe want me to have a kid now. I still kind of go with, if it happens, it happens.

‘I’m calm and peaceful with whatever the plan is. It’s not something where I’m going, "I gotta have a kid!"

‘I’m drawing the line on the children conversation. I’m not having triplets. Not having twins. Nor am I having one baby. I did not elope… You heard it here. I’m not knocked up now.’

While Jennifer is more than happy with Justin, as she showed at her recent birthday party when she indulged in a passionate PDA session with her beau, she spoke about how a relationship evolves over time.

The actress, who is divorced from Brad Pitt, said: ‘It’s a growing, literally living thing. There’s going to be growing pains, there’s going to be awkward moments — your lanky phase, your pimpled phase. I think that’s the beauty of a relationship.

‘But if the road starts to diverge and one person is growing this way and the other is growing that way… Sometimes that can happen and you can stay together, and sometimes you can’t.’ 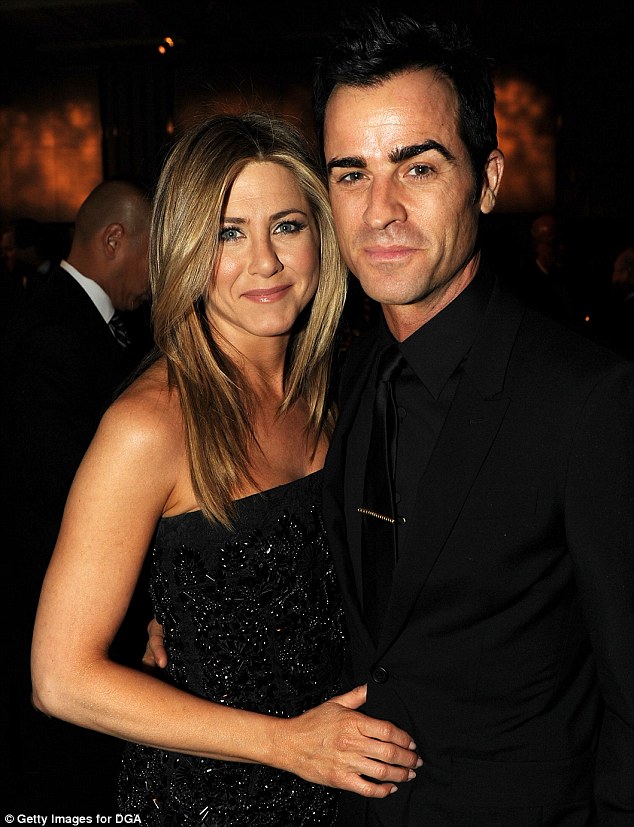 Happier than ever: Jennifer is more than content with boyfriend Justin Theroux, but says she is in no rush to have children
SOURCE: Daily Mail
Editorial Message
This site contains materials from other clearly stated media sources for the purpose of discussion stimulation and content enrichment among our members only.
whatsonsanya.com does not necessarily endorse their views or the accuracy of their content. For copyright infringement issues please contact editor@whatsonsanya.com