The 31-year-old mother-of-one looks every inch the supermodel in the images, taken by a pool in the Sonoran desert of Borrego Springs, California.

She wears highlights from the upcoming spring/summer 2012 collection, including a gold-studded white two-piece dress, high-waist hot pants and a pure white gladiator-style shift with gold cuffs. 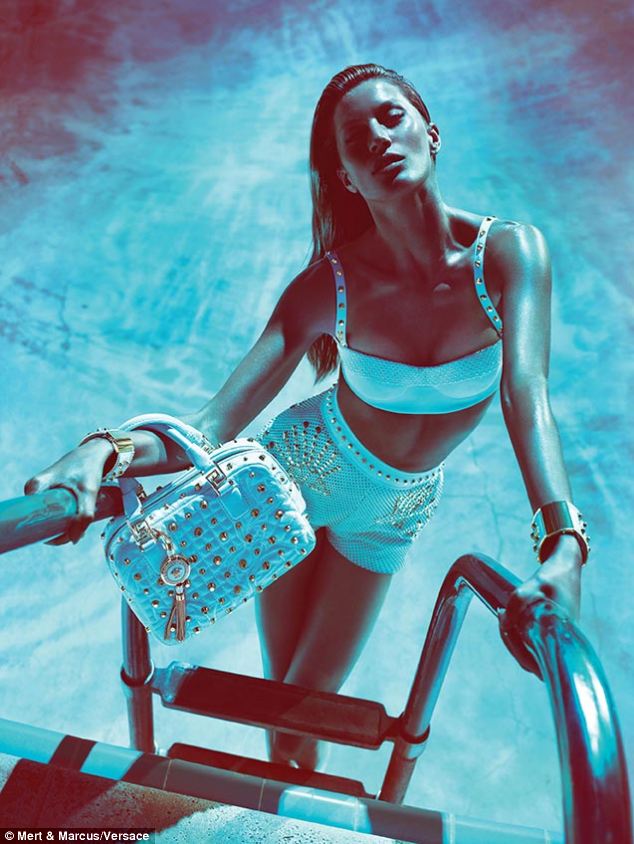 Pool player: Gisele shows off her enviably toned and tanned body and smooth long legs in the blue-tinged shoot, which was taken in the Californian desert by leading fashion photography duo Mert & Marcus
The high-end creations are at odds with her surroundings of spiky cacti and desert trees, shot against a deep blue sky and pristine swimming pool.

She is clearly a favourite with Donatella Versace, who used her in another campaign just fouryears ago, for the spring/summer 2008 collection.

The latest images were taken by top fashion photography duo Mert & Marcus, who also shot her for the new Givenchy campaign. 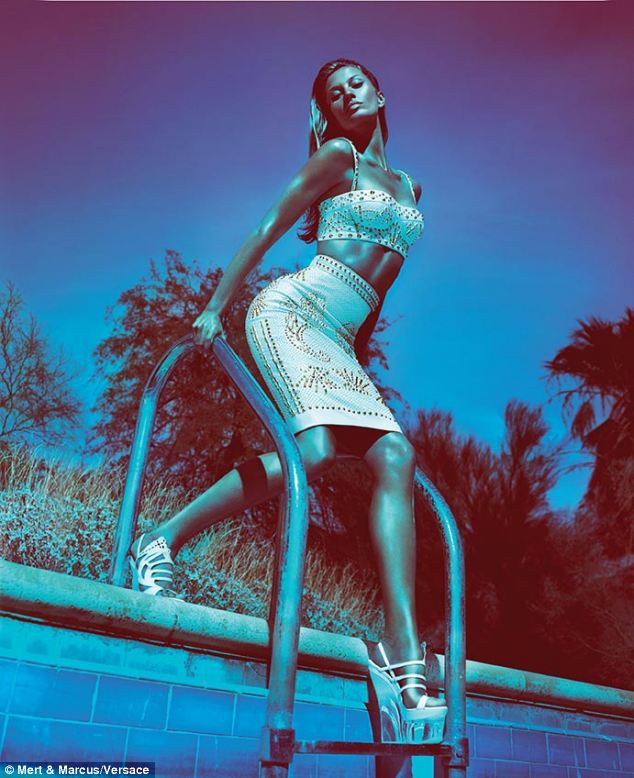 Well oiled: Gisele demonstrates her model magic in a studded tight white skirt and bustier top and sky-high platform sandals – a look that is a trademark of Donatella Versace’s designs for her family’s fashion label 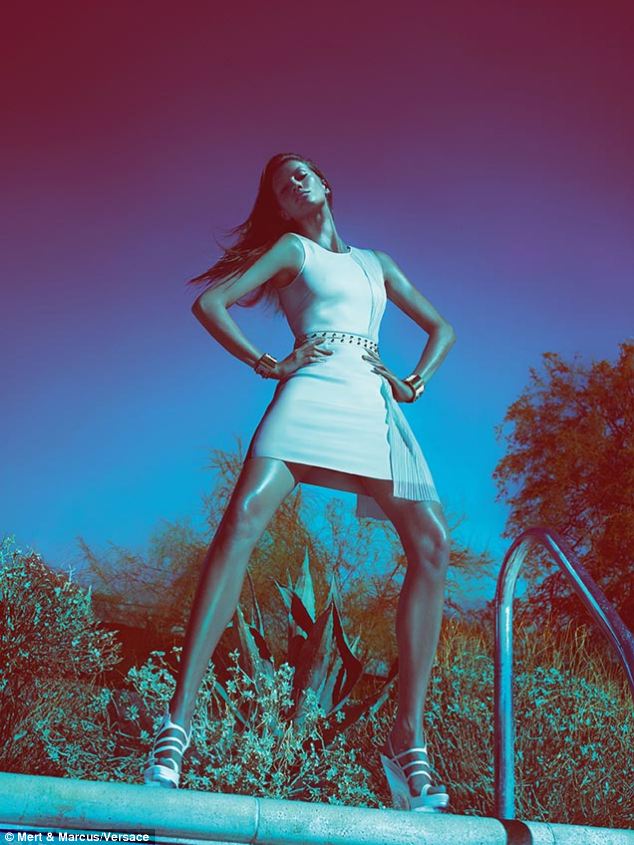 She’s got legs! It is stylish shots such as these that have helped the Brazilian become the highest earning in the business. Gisele is tipped to become the first billionaire supermodel
The French label’s pictures are unusual for a summer campaign – the models are dressed head-to-toe in black, despite posing on a Barcelona beach with surfboards and a pick-up truck.

With campaigns as high-profile as these, it is easy to see how Gisele was named the world’s top earning model for the seventh year by Forbes, with her income increasing to $45million over the last twelve months.

She is even tipped to become the world’s first billionaire supermodel. 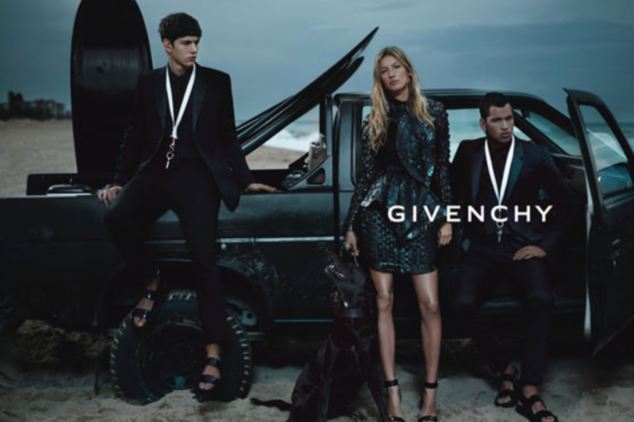 Givenchy girl: Same long, tanned and oiled up legs; different dress. Gisele looks equally striking in this moody shoot for the French fashion house, which was also shot by Mert & Marcus for Spring/Summer 2012
Which is just as well, given the huge bill for building materials that will be landing in her mailbox anytime soon thanks to the nearly-completed $20million mansion she and husband Tom Brady, 34, have built in Brentwood, Los Angeles.

Together the young couple are worth almost $90million, thanks to Gisele’s phenomenal success as a model, as well as Brady’s NFL contract with the New England Patriots.