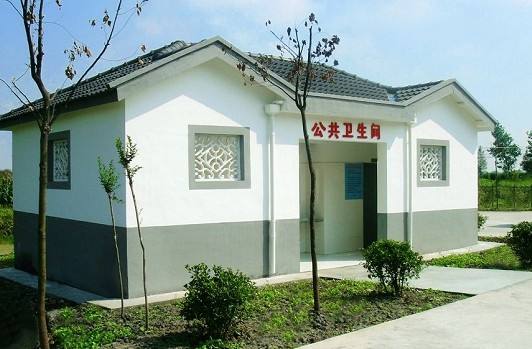 Clean toilets are few and far between in most Chinese cities, and quite often it is challenging just to find a public washroom. After you have found one, it is even more difficult to take an easy breath.

Recently in Hainan, an unprecedented, systematic project of building and restoring public toilets was launched in a bid to raise the profile of the international tourist destination.

In the neighborhood mostly made up of Li ethnic minority people, toilets in the shape of upside-down boats have been built in forested scenic spots. Locals are hoping to showcase their traditional ethnic housing structures. In Haikou Shishan Volcanic Cluster National Geopark, toilets are built using textured volcanic rocks, and decorated with ancient tools and daily living utensils.

To achieve higher hygienic standards and civility we don't have to build such luxurious and ambitious toilets. It may not be worthwhile to spend so much money, because what people need is just convenience and cleanliness. In fact, there are several "star-rated" toilets in most Chinese cities, but they just aren't available to the general public.

In Beijing, cab drivers are rarely seen drinking water or tea while driving because they don't dare to over hydrate. While I was sitting in the backseats of various cabs recently, at least four drivers bitterly complained how awful it was to fretfully drive around looking for a toilet.

Sharing the toilets in restaurants, hotels and stores is nothing to be embarrassed about in many overseas cities. "Public" toilets, in the strictest sense, probably only exist in China. Decades ago, urban Chinese lived in big compounds, where "public" toilets were part of collective life.

Nowadays, most urban Chinese have bathrooms in their own homes. Most Chinese people don't view lavatories in office buildings and restaurants as being "public," instead they seem them as private. They only view lavatories standing alone on the street as for public use.

This attitude is also mirrored by the habits of some public toilet users. In ground floor toilets of many conference centers or museums, toilet rolls vanish into thin air, and toilet seat rings are covered with dirty footprints because some users worry about getting a bacterial infection if they sit down on the seat. It is no wonder hotels and restaurants refuse to let people in just to use the facilities. It's probably a pain in the rear just dealing with toilet troubles left by existing guests.

Therefore, boosting China's toilet civilization is a national project much more complicated than building a bunch of glamorous lavatories in scenic spots. It calls for the participation of the entire population.

A campaign of public awareness is needed so people will finally take notice of this very real problem. Only when society as a whole recognizes there is a problem can we clean up our act and make China's toilets presentable to the rest of the world.