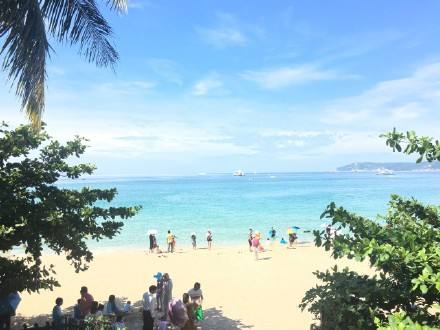 Cristina Anak Luke Niju, 22, the only daughter of Luke Niju Anak Panjang, 58, and Elpedia Galvano, 53, went missing from Politeknik Kuching, Sarawak, where she was pursuing a three-year Diploma in Business Studies, without the knowledge of both the college and parents.

On April 24 this year, she reportedly flew to Kuala Lumpur to meet a Nigerian, identified only as James, whom she befriended via an online social networking site. Four days later, she contacted her room-mate to inform her that she and James were going to China for a business venture.

On arrival in Hainan, China, on April 29, she was arrested for drug-trafficking and her fate is unknown. The distraught parents are still awaiting news from MCA Public Services and Complaints Department and Interpol.

"We were informed by Interpol that there was no record of Cristina leaving China. We are shocked to learn that our daughter is in jail, we are very sad and upset over what has befallen her.

"Until now, we can't reach her through her mobile phone.

We don't know what is happening or going to happen to her.

We don't know whether she has been charged.

"We really fear for her safety. She must have been deceived by the African. We hope the China Government will impose a light sentence," said the couple.

Luke had warned their daughter on relationships but not about the danger of drug-trafficking because he did not think it would happen.

Phone-calls to Cristina from 8pm on April 30 drew a blank, forcing her parents to lodge a report at the Sandakan Police-Station on May 6 after learning from their daughter's room-mate on May 2 that Cristina had gone to China with an African man. A day earlier (May 1), she had contacted her roommate to ask for help, saying she was in trouble.

The report was later sent to Sarawak Police for further action.

"All this while, we thought our daughter was still in Kuching.

The room-mate told us that Cristina had instructed her not to tell us about her trip to Kuala Lumpur to meet the guy. The roommate should have informed us so that we could do something. At least, we could have contacted her and warned her about her movements in KL.

"The room-mate only informed us what had happened after Cristina got into trouble in China. Kami pun bingung (We are confused)," said a teary Elpedia, of Filipino descent.

She added had they known what was in store, they would not have allowed her to further her studies outside Sabah. "She applied for a place at many institutions but was turned down. Only the Politeknik in Kuching accepted her."

According to her, Cristina hardly watched TV or read the papers and was glued to the computer, checking out the Internet most of the time.

Cristina was supposed to have completed her course in June this year, and start working after that, as a suitable job was available in Sandakan.

"The last time I spoke to her was in April, asking me to send her some money for an air-ticket to come back to Sandakan for the semester holiday.

"In fact, we found an air ticket for a flight to Sandakan dated May 21 in her bedroom at the rented house in Kuching when we went over to collect her belongings.

"For one and a half months, we were waiting in vain for news from the Sarawak Police," said Luke. He and his wife said they cannot afford to fly to China to look for their daughter.

"I don't earn very much as an assistant manager of Gedau Estate (50 miles from Sandakan Town). My wife is a housewife." Their only other child is six-year-old Daniel.

Meanwhile, Luke thanked Daily Express for highlighting the family's predicament, Chong of MCA for his help, and his plantation boss, Lee, for introducing him to Chong.

"Chong and his staff have been very helpful. If not for MCA, we would still be in the dark about our daughter's whereabouts."

Prior to going to KL, Luke received a SMS text from a stranger who identified herself as Bibiadriana.

It said that the person he was looking for was no longer with her, and she did not know her whereabouts. Also that Cristina followed her boyfriend.

The message claimed that she (Cristina) slept in Bibiadriana's house for one night only.

"Since then, I have tried to contact this person but to no avail," he said.

Luke was informed by the Foreign Ministry that this week, the Malaysian Ambassador to China would visit his daughter in jail.

Next news: Foreign swindler deceives a Sanya shopkeeper with fake $US100 bill