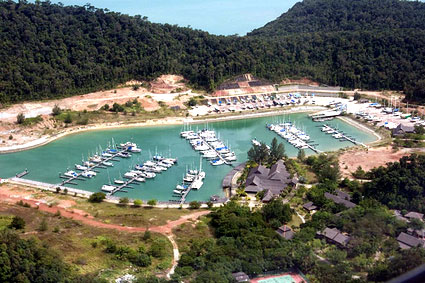 Shoa, who is also CNTA chairman, was welcomed on arrival at the Kuala Lumpur International Airport by his Malaysian counterpart, Datuk Seri Dr Ng Yen Yen.

CNTA is the Chinese government authority responsible for the development of tourism in the vast and world’s most populous country.

According to Dr Ng, besides Kuala Lumpur, the Chinese delegation would also visit Pangkor Laut and Langkawi Island.

"They want to study our eco-tourism programmes; how we preserve our natural environment while developing our islands and beaches to attract tourists from all over the world," she said.

Shao said China would also like to further promote cooperation in tourism with Malaysia.

"This is because, against the backdrop of the financial crisis, bilateral relations between the countries is still growing," he said through a translator.

Shao said last year, more than one million people from China visited Malaysia while for the first half of this year, the number continued to grow.

"Malaysia has adopted a series of effective measures in developing its tourism industry. Malaysia has a lot of spirit in this aspect and we hope to learn from it," he said.

The highlights of the delegation’s visit to Malaysia included an audience with Yang di-Pertuan Agong Tuanku Mizan Zainal Abidin later in the afternoon today.

SOURCE: BERNAMA
Editorial Message
This site contains materials from other clearly stated media sources for the purpose of discussion stimulation and content enrichment among our members only.
whatsonsanya.com does not necessarily endorse their views or the accuracy of their content. For copyright infringement issues please contact editor@whatsonsanya.com

Next news: Dramatic rise in Malaria cases a worry in Hainan