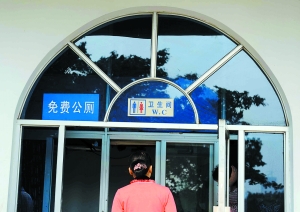 Public toilet has become a symbol and international tourism image of Hainan.
As part of its campaign to boost tourism, South China’s Hainan Province is spending millions of yuan to accelerate the construction of high quality public toilets over the next three years.

A map of public toilets around the island will be published and offered to citizens and tourists for free.
Local residents applauded the ambitious plan.

"There are about 6 million natives in Hainan now. Every citizen contributes 7 yuan ($ 1) so you can enjoy good toilets. I think it’s a worthy thing to do," he added.