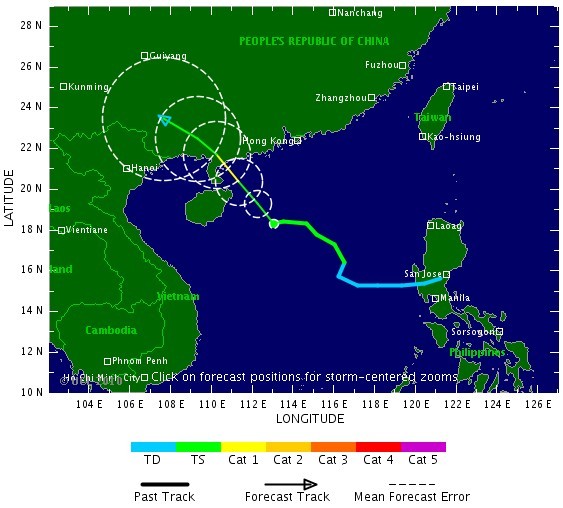 Chanthu, the third tropical storm of the year, which strengthened early Wednesday, is forecast to move northwestward at a speed of 15 km per hour, said a statement on the website of the China Meteorological Administration, the NMC’s parent organization.

The storm’s maximum sustained winds were 108 km per hour at 5 a.m. and may strengthen further within the next 24 hours.

The tropical storm would bring gales and heavy rains to southern and eastern coastal areas of China, including Guangdong and Hainan, over the next 24 hours.

The statement said coastal areas of Guangdong were likely to be worst affected by the storm.

People in the affected areas were advised to shut doors and windows and avoid outdoor activities.` The center downgraded the torrential rain alert to blue, the lowest level, from yellow, as rains that hammered south China in recent days eased.

Under a blue alert, governments and other authorities should prepare for torrential rains. Schools and kindergartens are required to take measures to ensure students’ safety.

Next news: Hainan golf tourism – Balancing ecology with economy is the key