Hainan Airlines to fit all Boeing 737-800s with Blended Winglets 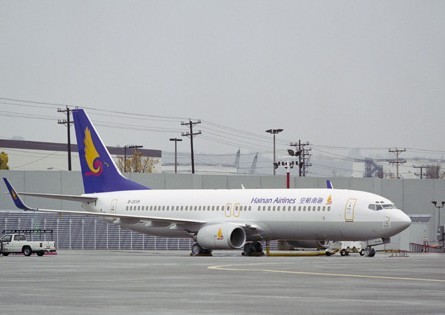 Hainan will outfit all future 737-800s with winglets, saving 3 percent or more on fuel use, Aviation Partners Boeing said. The airline was the first airline in China to operate with winglets and has the largest fleet of winglet-equipped aircraft in China.

Hainan is also considering winglets for its 767-300ER fleet, Aviation Partners Boeing said, adding that winglets would save more than 5 percent in fuel costs for that aircraft.

ANA, meanwhile, has exercised options to purchase Blended Winglets for installation on five 767-300ER jets scheduled for delivery starting in 2011. ANA already ordered winglets for four other 767-300ERs and is the first 767-300ER operator in Asia to order winglets.

On Monday, Aviation Partners Boeing announced that China Southern Airlines has ordered Blended Winglets for its 55 Boeing Next Generation 737 deliveries scheduled between 2011 and 2015, making it the largest winglet order to-date in China, and that Malaysia Airlines will equip its 35 737-800s on on order with winglets.

SOURCE: blog.seattlepi.com
Editorial Message
This site contains materials from other clearly stated media sources for the purpose of discussion stimulation and content enrichment among our members only.
whatsonsanya.com does not necessarily endorse their views or the accuracy of their content. For copyright infringement issues please contact editor@whatsonsanya.com