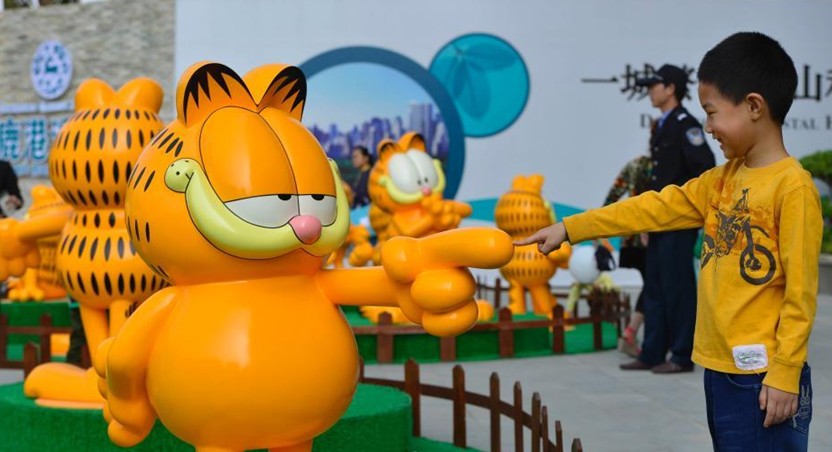 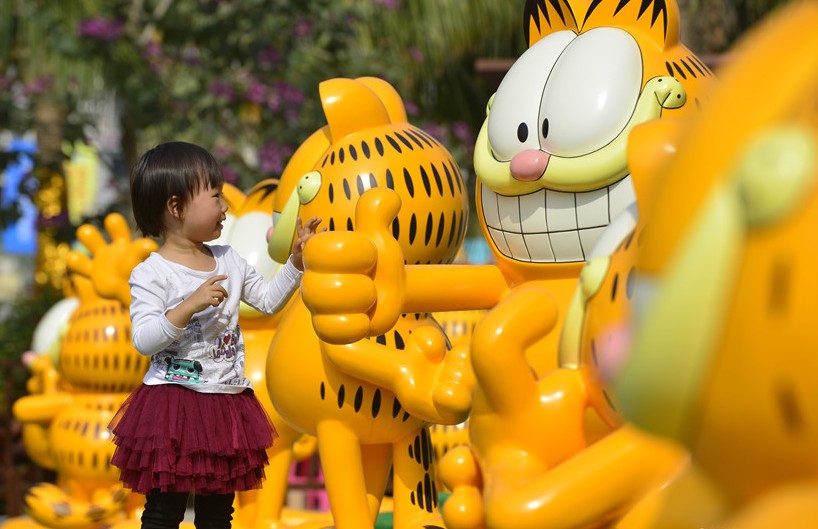 On the 1st day of 2014, the Sanya International Doll Festival kicked off at Lugang Xishan Square on Fenghuang Road (next to the Sanya Duty Free store), which will last until 28th February 2014.

A total of 35 huge Garfield cartoon dolls are being exhibited at the cultural festival to celebrate the 35th anniversary of the cartoon’s birth.

Garfield, the fat, lazy, lasagna lover has everything a cat could want, and has been very much loved since it was born on the comic pages on June 19, 1978. As of 2013, it was syndicated in roughly 2,580 newspapers and journals, and held the Guinness World Record for being the world's most widely syndicated comic strip.