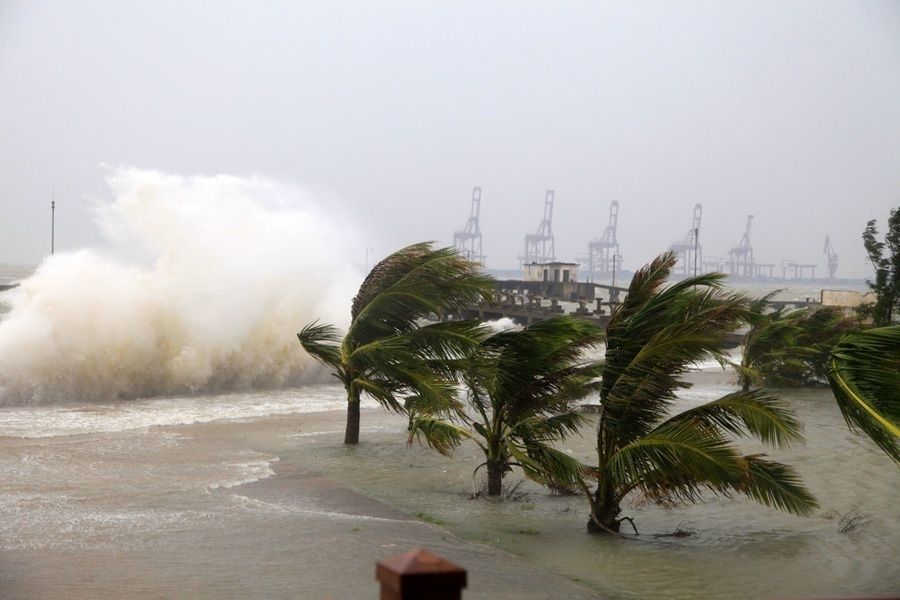 Several Chinese provinces and regions were on flood alert yesterday. But Typhoon Conson has weakened after sweeping the tropical island of Hainan on Friday.

Hainan Province was recovering from the typhoon onslaught yesterday. Workers were fixing damaged facilities and draining streets of flood waters as airports in Sanya and Haikou reopened.

Ferry services in the capital Haikou, however, have yet to resume as strong winds are making sailing unsafe.

Typhoon Conson made landfall in Hainan at 7:50pm on Friday, toppling trees and billboards and killing at least two people, a security guard and a motorist. Flood control headquarters said Conson battered 68 towns and villages in eight cities and flattened 544 houses.

Conson weakened to a tropical storm at 2am yesterday, the weather bureau in Sanya said, adding that it entered Beibu Bay in the South China Sea at 5am and was moving toward Vietnam.

The weather bureau in southern China's coastal province of Guangdong said rainstorms there would likely continue until Wednesday. Provincial flood control authorities have warned local governments to be vigilant for floods, landslides and dike bursts.

In Zhejiang Province, on China's east coast, the flood control headquarters has ordered all cities and counties to reinforce embankments and discharge water from swollen reservoirs.

Southwest China's Sichuan Province was lashed by the worst rainstorm of the year on Thursday night, with three people dead and another six missing as of yesterday.

In Yunnan Province, rescuers are still searching for 26 villagers after a landslide flattened dozens of homes in Xiaohe Township, Qiaojia County, on Tuesday. Nineteen bodies had been retrieved as of yesterday.

Previous news: Sanya, the most popular seaside resort in China this summer vacation