Properties in China show signs of slowing, Hainan may buck the trend 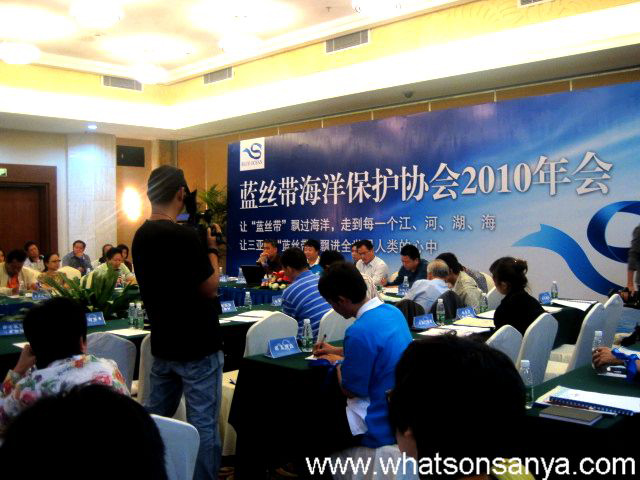 An investor at a brokerage in Haikou, Hainan province. Monday’s rally of developers’ shares was boosted by investors’ expectations that Beijing would refrain from introducing more tightening measures. Fang Yan / For China Daily
Properties boom in Hainan may be boosted again in near future as the province would invest more than 3.5 trillion yuan ($ 517.6 billion) in developing itself into an international tourist island in the coming 11 years, according to the provincial tourism development commission.

Most of the money will go to tourism and other modern services. Of the total, 1.2 trillion yuan will be spent in the 2010-2015 period.

Hainan plans to receive 31.6 million tourists every day in the three years up to 2012. By 2020, the daily tourist number will reach 76.8 million, and the tertiary sector’s share in the provincial economy will hit 60 percent.
Chinese property stocks rallied on Monday on speculation the government may loosen the policy curbs on the country’s overheated real estate sector after gains in housing prices in major cities slowed.

Four developers including Beijing North Star Co Ltd jumped by the daily limit of 10 percent on media reports of loosening restrictions on third-home loans, as the government’s efforts to cool the property market started to take effect.

The latest official data also pointed toward a turnaround in the country’s overall property price trend. Housing prices in 70 major cities fell 0.1 percent from May, the first month-on-month decline since March last year, according to the National Bureau of Statistics.

Home purchases were also reported to have slowed in May and June as homebuyers adopted a wait-and-see attitude in the face of the government’s property tightening measures.

Monday’s rally of developers’ shares was mainly boosted by investors’ expectation that Beijing would refrain from introducing more tightening measures in the second half of year, although the market has not performed in the way the government was expecting to see, market watchers said on Monday.

Some analysts said they think that the policymakers in Beijing are unlikely to loosen the curbs on the property market before they see a substantial fall in house prices.

"Property sales have declined but prices seem to remain stagnant. If the government loosens the curbs, it could lead to a retaliatory rise in property prices," said Yu Jinhua, an analyst at Huatai United Securities.

Yu said Monday’s property stock rally is unlikely to turn into a sustained rebound because a substantial fall in property prices is unlikely to happen soon, therefore the government’s tightening measures will remain intact before the desired results are achieved.

"Therefore, property stocks will continue to move range-bound in the third quarter," he added.

Industry analysts estimate that growth in property investment in the country will see an all-round decline by the end of the third quarter and signs of a potential fall in property prices are expected to emerge in the fourth quarter.

China Daily
Editorial Message
This site contains materials from other clearly stated media sources for the purpose of discussion stimulation and content enrichment among our members only.
whatsonsanya.com does not necessarily endorse their views or the accuracy of their content. For copyright infringement issues please contact editor@whatsonsanya.com