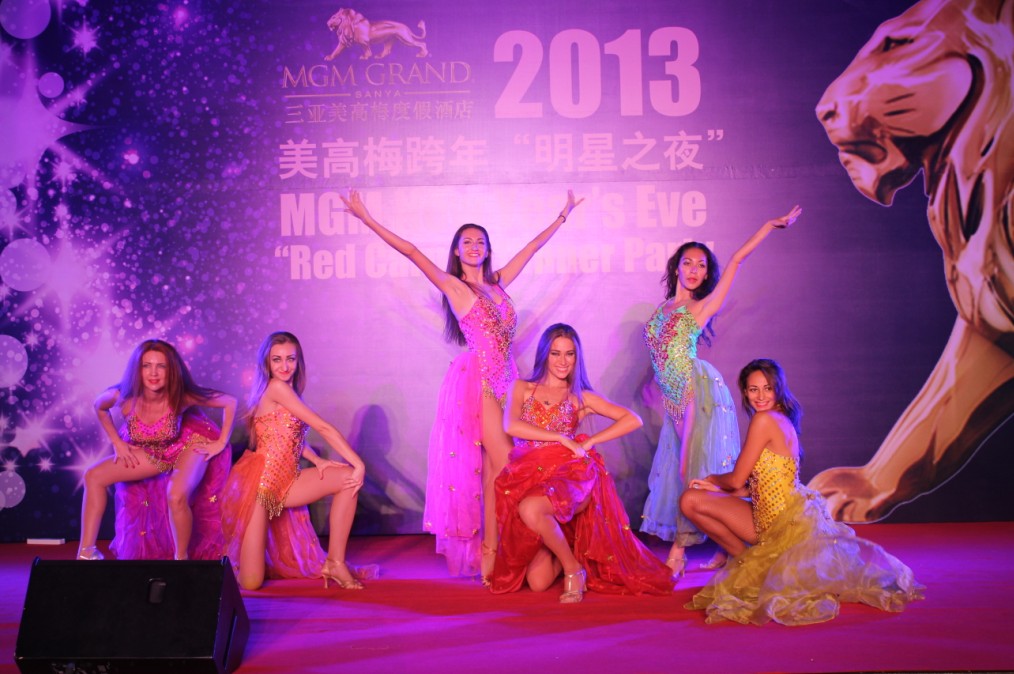 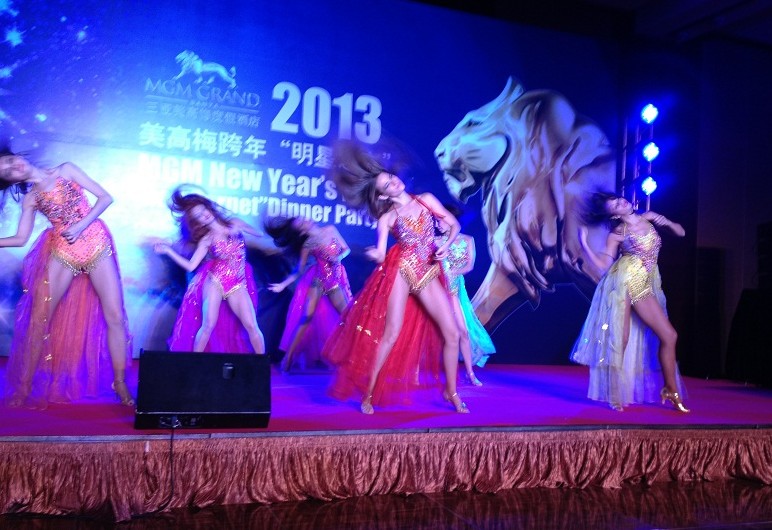 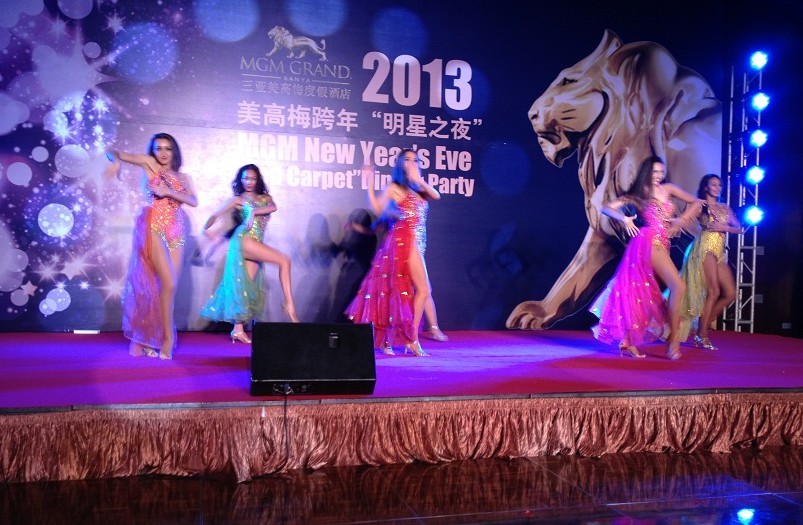 Guests at the MGM Grand Sanya’s New Year’s Eve Gala could’ve been forgiven for thinking they’d somehow ended up in Las Vegas, if it weren’t for the lack of a casino. Every other ingredient of the night at the hotel, however, was up there with big brother The MGM Grand Las Vegas, guaranteeing a night unparalleled in Sanya in terms of classy entertainment, fantastic food and gorgeous wine.

The MGM Grand Sanya certainly celebrated 2014’s arrival with a bang. Guests were able to marvel at performers from all around the world, including from around Europe and Asia, along with traditional Chinese dancers from closer to home. Mindful to include a charming and unique Sanya twist, in-house regulars worked seamlessly with many other entertainers hired especially for the occasion, creating a night of such glitter and glamour that guests were totally mesmerized.


The party atmosphere was so contagious that almost all of the dinner guests ended up grooving away to the irresistible beats of the music, many letting loose by the stage. A fantastic troupe of Russian dancers, with bodies and skills appropriate to the supreme classiness of the night, pulled off the kind of large-scale choreographed sets normally only found in Vegas. Huge numbers like New York, New York, which on the night could’ve been changed to Sanya, Sanya, went down a storm with the audience.

The night of gala to usher 2014 had certainly proved that Sanya MGM Grand is heading on the right direction in the past years and in the year to come. The company has much more to offer, and its first non-gambling hotel on China's gorgeous tropical Hainan Island marks a new global strategy focusing on non-casino-related venues, with a resounding success.

A year or two ago, MGM, the huge hotel & gaming giant, placed a bet of its own on a Sanya venue without a casino, and although the road has been a little bumpy at times, the quality of shows, events and entertainment that have been dished out in the last couple of years has been hugely impressive.

It’s true that almost any hotel spends the first year finding its feet, but the MGM Grand Sanya is making rapid strides. For instance the hotel, which has 675 rooms, 73 suites and six exclusive villas, says it enjoyed 70 percent occupancy over the May Day holiday.

The MGM Grand Sanya boasts world-class accommodation, impeccable service, innovative resort amenities, trendsetting dining and thrilling nightclubs and entertainment venues that are certain to elevate hospitality in Yalong Bay to a level far beyond anything it’s seen before.

On top of all that, there are over 4,000 square meters of flexible, dedicated meeting space that can be easily adapted for events of all sizes and types.

Next news: Hotel room rates in Qionghai to not exceed RMB688 during Spring Festival