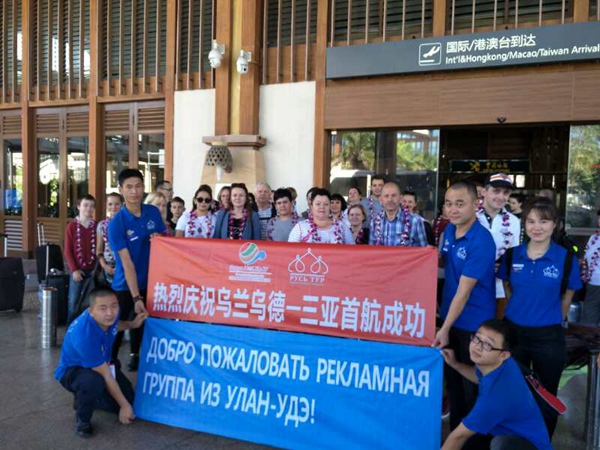 The inaugural flight of the Ulan-Ude-Sanya direct flight landed at the Sanya Phoenix International Airport at 2:05 a.m. on November 1st, 2017, carrying 161 Russian-speaking passengers on board.

In the first nine months of this year, the number of Russian tourists to Sanya reached 182,369, accounting for 37.2% of the total inbound tourist arrivals.

The new flight is part of an ongoing effort by Sanya tourism authorities to boost the number of inbound visitors from Russian-speaking tourist markets.