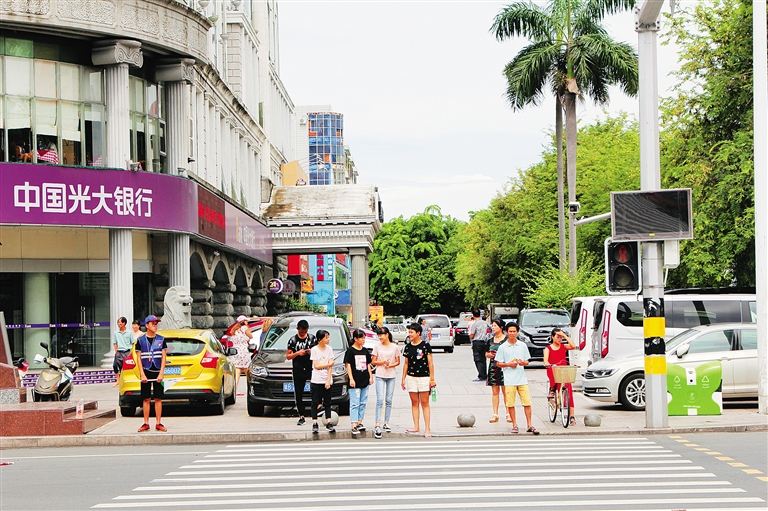 Sanya recently tested a new facial recognition system at the crosswalk of Jiefang Road and Xinfeng Road in Tianya District to prevent jaywalkers from running red lights. The technology captures images of pedestrians, the drivers of electric bikes and motorbikes, and unruly cyclists if they run a red light. Once the system detects a person crossing the crosswalk when the light is red, a signal is sent to the video camera to start recording.

The camera takes four snapshots of the pedestrian ignoring the traffic lights. The individual’s image is then displayed on an electronic screen by the crosswalk within 10 seconds. The system, which is linked to a police database, could directly lead the police to individuals breaking traffic rules. People caught running red lights will have to pay penalties and receive traffic safety training. According to the Sanya Traffic Police Bureau, the system will be installed in more places throughout the city in the coming months.