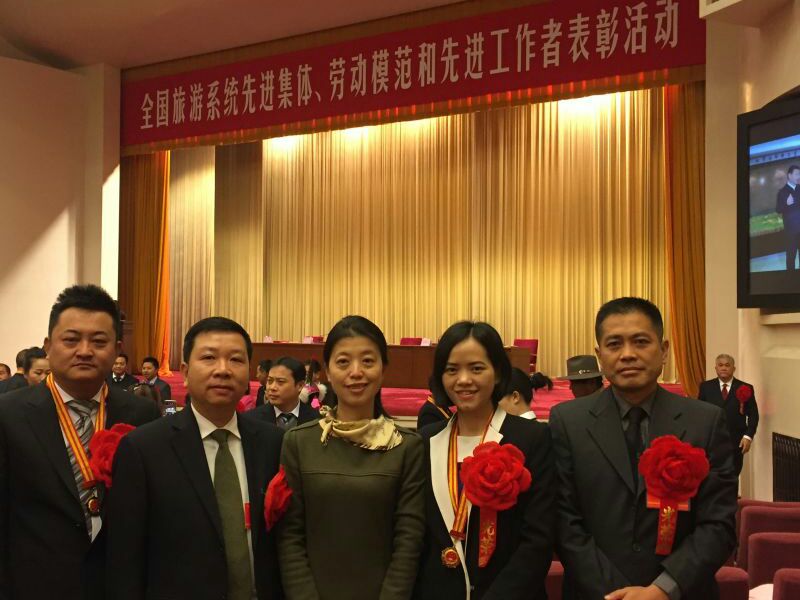 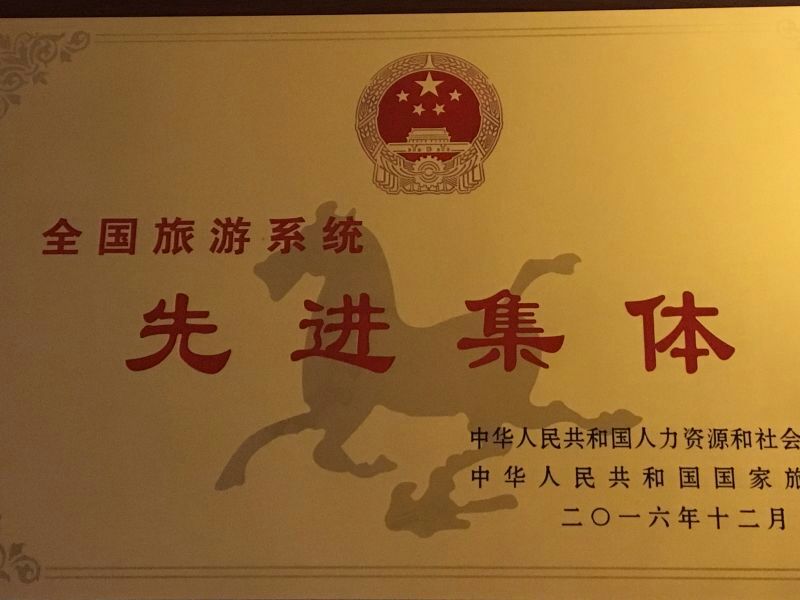 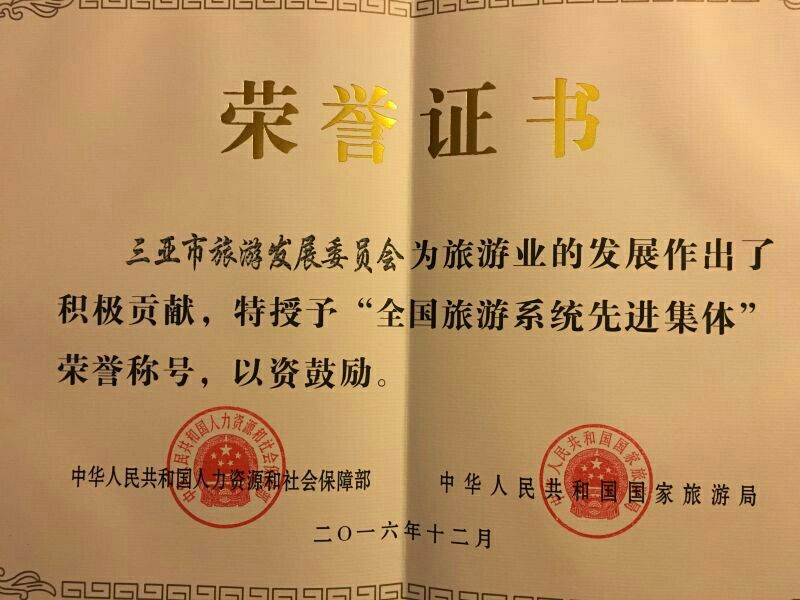 The Sanya Tourism Development Commission (STDC) was honored by being named “Outstanding Tourism Unit of China’s National Tourism System” during a national tourism system meeting held in the Great Hall of the People in Beijing on December 12th, 2016. 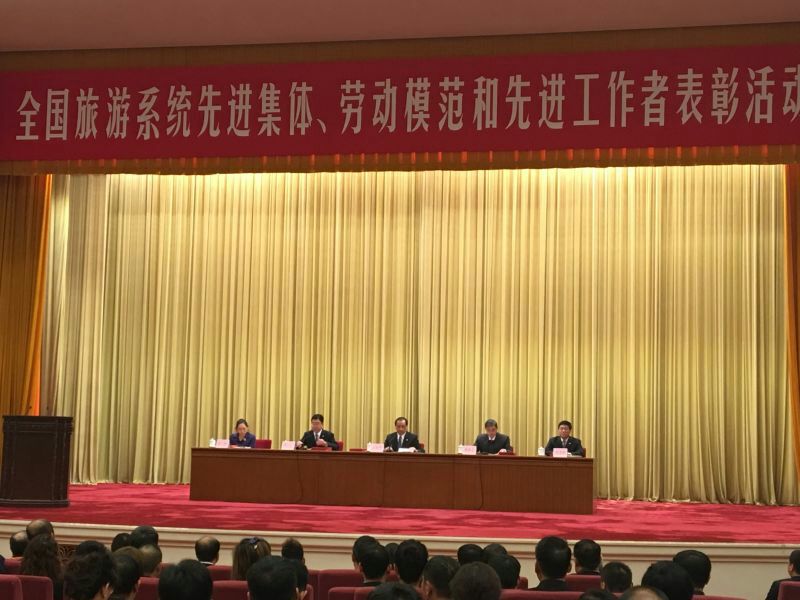 STDC was granted the honor for its contribution to the development of the tourism industry. 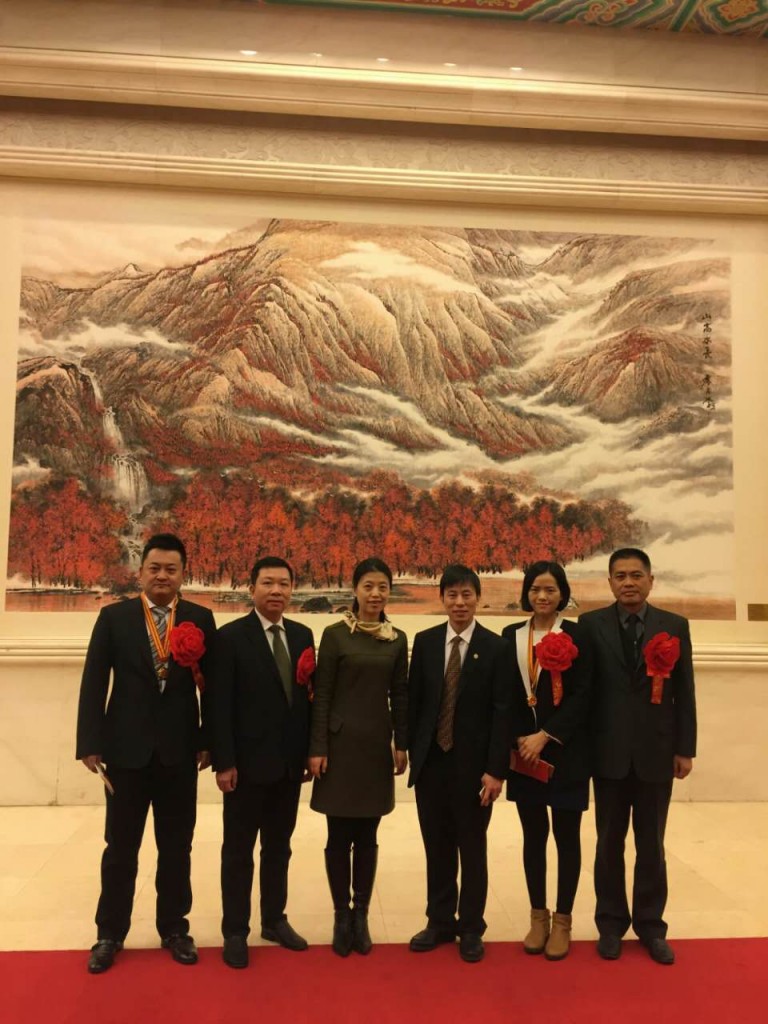 The Certificate of Honor was jointly issued by the Ministry of Human Resources and Social Security of the People’s Republic of China, and the China National Tourism Administration.