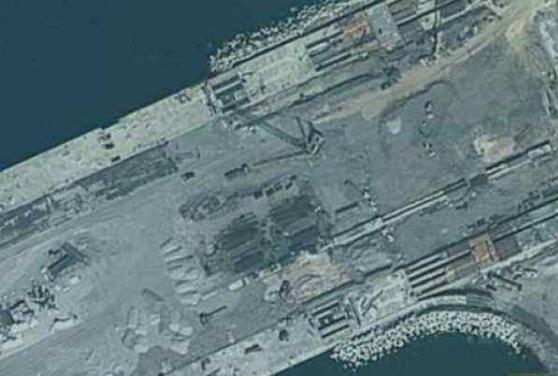 China has put the finishing touches to the world’s longest aircraft carrier dock at its massive naval complex in Sanya on the southern island province of Hainan, according to a military source and a regional defence magazine.

The 700 metre-long dock was the People’s Liberation Army Navy’s second aircraft carrier base, Canada-based Kanwa Asian Defence reported, adding that the facility could service carriers on both sides of the dock at the same time.

The carrier base was connected to the navy’s Yulin nuclear submarine base, making the naval complex the biggest of its kind in Asia, the magazine said.

Yulin is also the largest submarine base in Asia.

By comparison, the docks of the US Navy’s aircraft carrier bases at Yokosuka in Japan and Norfolk in Virginia were between 400 metres and 430 metres long, the report said.

Beijing-based naval expert Li Jie said the Yokosuka and Norfolk bases had more than two docks each while the Sanya facility so far had just a single carrier dock.

“There might need to be more construction work at the Sanya carrier base to develop it further [to cater to other vessels]. So far it is just able to accommodate two-way rapid replenishment for two aircraft carriers,” Li said.

“That means that more docks and ports need to be ready not only in the south but also in the north.”

The report said the Sanya carrier base would become the home port for two aircraft carriers being built at shipyards in Dalian in Liaoning province, where work got under way in 2013.

But Li said it was still too early to make that conclusion because both the carrier base in Dalian and the one in Sanya had geostrategic importance.

China’s first aircraft carrier, the Liaoning, which has its home port at the northern Dalian naval base, docked for the first time at the Sanya complex on November 29, 2013 before heading off on a training exercise in the South China Sea. And last November, two missile frigates and one supply ship were stationed at the dock in Sanya.

The presence of the vessels indicated the base has had the capacity to dock and service aircraft carriers for at least 18 months.

Defence Ministry spokesman Senior Colonel Yang Yujun said in late 2013 that construction of the carrier base started in late 2012.

Next news: Getting to Sanya and inner city transports