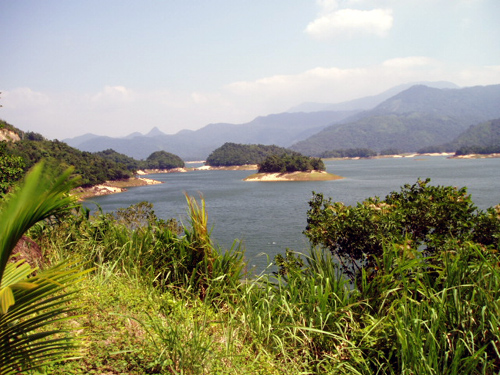 HAINAN: The jungles of the Diaoluo Mountains do not, at first sight, appear a very inviting location for a golf resort. Leeches and spiders drop through the Jeep windows as we jolt along an overgrown logger’s track to reach this remote corner of Hainan, the tropical island that marks the south-eastern extremity of China, in the South China Sea.

Until now, this national park has been a rare conservation success story in China. Clouded leopards and black gibbons are among the 300 endangered species listed in this sanctuary.

But while the jungle has been allowed to grow back, the park’s managers have been forced to watch with frustration as neighbouring communities cash in on one of the biggest, fastest surges in property prices in the world.

The value of land in Hainan has skyrocketed, boosted by a government drive to turn the island into an upscale tourist resort.

For the park’s managers, the temptation is now too great to resist. ”We are sitting on a goldmine,” says Zhong Guanghao, the deputy director of the forest bureau, as he exhales a plume of cigarette smoke. ”Within five years, we’ll have at least two five-star hotels, dozens of town houses, a conference centre and a 36-hole golf club.”

His colleague Lu Yongquan takes me to the proposed site in a four-wheel drive. ”This terrain is very suitable for golf. The environment is quite beautiful,” says Lu, who is head of the wildlife department, as we stop to survey the thick forest where his boss wants to build a club covering 300 hectares.

On the park’s map, the course is inside the core conservation zone, which is supposed to be off-limits to human activity. But Lu said the government permitted experimental development areas to generate funds for wildlife protection.

”There will be no impact on the ecosystem,” he insisted. ”Only the elite will be able to come. It is not for the masses.”

The plan looks certain to stir up controversy.

”You would have to be greedy and heartless to build a golf course in that area,” said Yang Xiaobo, a doctor of ecology at Hainan University. ”The biodiversity here is not just important for this island, but for the entire country. There are few rainforests like this in the world.”

If the plan for a resort sounds like the thin end of the wedge, it is not alone in Hainan, where golf is increasingly a tool for shifting land-use rights towards an international jet set, often regardless of the environmental impact.

A quarter of a century ago, China had just one golf course. Today, Hainan alone has almost 30. Senior officials say they want to expand that to 300. This runs contrary to central government restrictions on golf development, which is seen as a threat to food security. But Hainan claims an exemption because, officials argue, the island needs golf to become the Hawaii of east Asia.

This is not the only motive. ”Golf is a real-estate driven activity primarily in China,” said Shane Templeton, course consultant at Sanya Yalong Bay Golf Club. ”It is just a vehicle to sell property.”

www.smh.com.au
Editorial Message
This site contains materials from other clearly stated media sources for the purpose of discussion stimulation and content enrichment among our members only.
whatsonsanya.com does not necessarily endorse their views or the accuracy of their content. For copyright infringement issues please contact editor@whatsonsanya.com

Next news: 5 drunken Russians on Bangkok-Krasnoyarsk flight arrested in Hainan