Haikou leads the way in NGB network construction in China 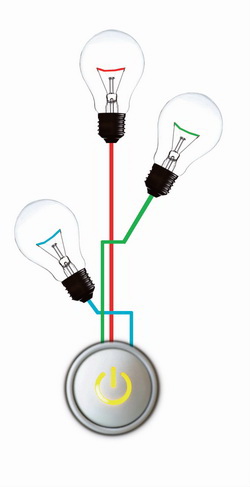 China’s State Council recently approved a pilot program that details how the integration of services provided by telephone companies, Internet service providers and cable television networks will be implemented in various cities starting from later this year.

Despite difficulties with how to translate the phrase, the scheme aims to allow people to require only one cable to be able to make telephone calls, surf the Internet and watch television.

According to the new plan, the State Administration of Film, Radio and Television (SAFRT) will continue to be empowered to regulate the broadcasting of audio and television, the EO learned.

Furthermore, the television and radio stations under the control of SAFRT will be allowed to provide cable Internet and provide phone services that take advantage of cheaper Internet-based technology.

After receiving State Council approval, the draft program was passed on to local governments for review.

An industry expert who asked to remain anonymous told the EO, SAFRT already knew in which cities it would like to pilot the program. However, the source didn’t reveal the name of these cities.

On June 8th, Wang Xiaojie, director of Department of Science and Technology at SAFRT, said local governments can submit their applications for being the first cities to pilot the program before June 18, and the SAFRT will endeavor to determine the final list of approved cities before June 25.

As of 2pm on June 30, this final list has still not been released.

With that in mind, the piloting cities will probably be selected from those that have already begun constructing their NGB networks.

According to SAFRT’s comprehensive NGB construction scheme, eight cities including Hangzhou, Shanghai, Beijing, Guangzhou, Shenzhen, Dalian and Haikou are among the cities leading the way in the construction of the NGB network.

Industry players interviewed by the EO believed that the above-mentioned cities would be the most likely candidates for piloting the three networks integration program.

SOURCE: www.eeo.com.cn
Editorial Message
This site contains materials from other clearly stated media sources for the purpose of discussion stimulation and content enrichment among our members only.
whatsonsanya.com does not necessarily endorse their views or the accuracy of their content. For copyright infringement issues please contact editor@whatsonsanya.com