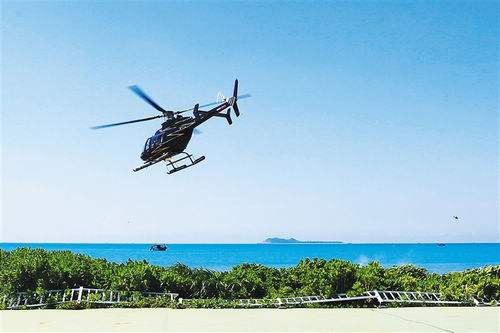 Hainan has imposed a temporary ban on low-altitude flights as part of its efforts to tighten security for the upcoming Boao Forum for Asia, local authorities said.

All low-altitude flying activities will be suspended from March 25-29, according to a statement from the Hainan provincial government.

During the period, the use of balloons for entertainment or advertisement purposes will also be prohibited, the statement said.

The Boao Forum for Asia, an economic forum attended by regional senior officials, economists and businesspeople, will be held in Hainan's coastal resort town of Boao from March 26 to 29.

Local authorities have beefed up security by deploying extra police officers around the island. Police will conduct 24-hour road inspections during the period, according to Hainan's Department of Public Security.