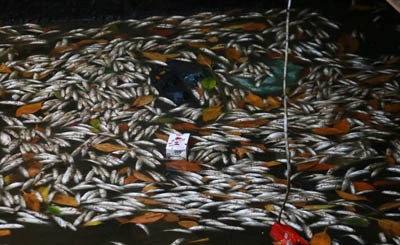 A large number of fish have been found floating dead recently on the Sanya River in the city. 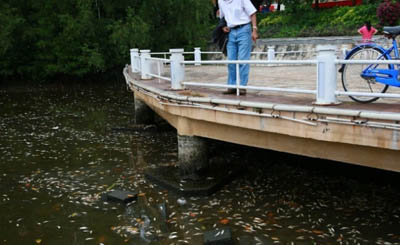 The dead fish were found concentrated in the Hedong Road section between Sanya Bridge and Jiaoyu Lane, accompanied by a disgusting smell.

One local reporter called the city about his concerns. On Wednesday, workers were dispatched to clean up the fish, weighing about 100kg in total, from along the riverbank.

According to the local fish port supervision management authority, such occurrences of large numbers of dead fish found on the Sanya River can occasionally happen due to the rising tide which washes up dead fish. 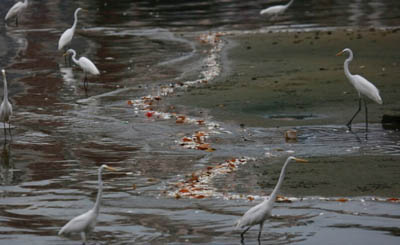 "It could be a result of lower oxygen levels in the river as temperature rises,” said the local port supervision management authority.
Further investigations are still being conducted and local residents are hoping the city can uncover exactly what happened to the fish.
Click to read Chinese version
SOURCE: WOS Team
Editorial Message
News appearing here is the property of www.whatsonsanya.com, however, for those who wish to copy the contents in part or in full, please make reference and link the article copied to our site. Whatsonsanya.com does not necessarily endorse their views or the accuracy of their content. For copyright infringement issues please contact editor@whatsonsanya.com

Previous news: Construction on 3rd Hainan airport to begin in March in Qionghai