Many ‘Migratory seniors’ flock to Sanya as winter bites 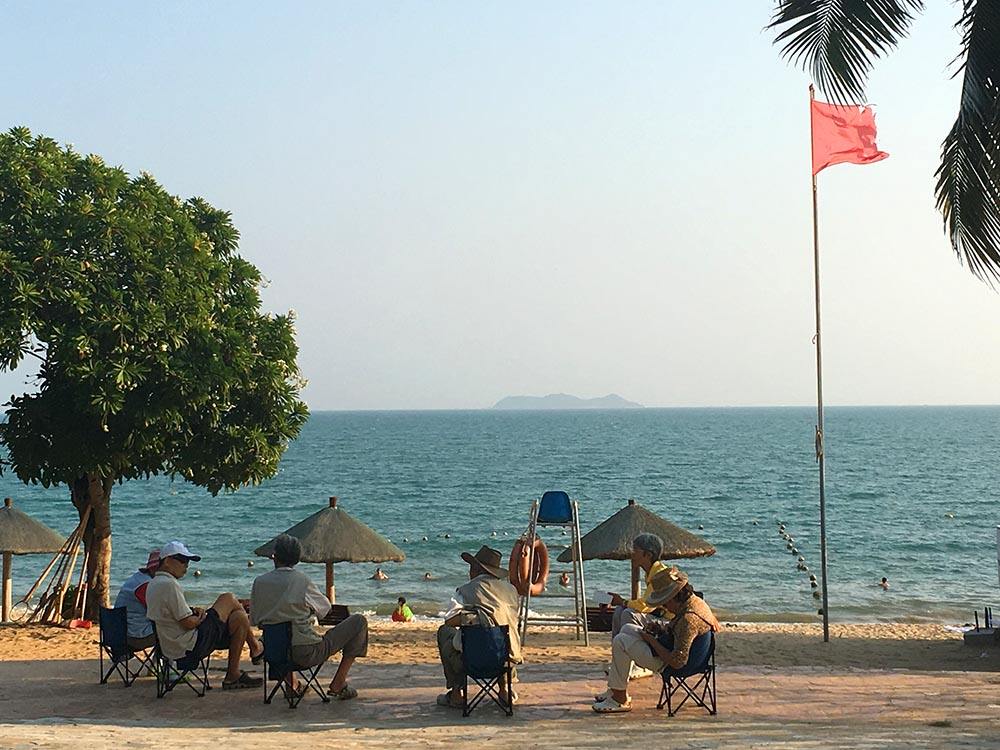 At 83, Wang Guihe is about to embark on a long journey.

Wang and his wife, who live in Qiqihar in northeast China's Heilongjiang Province, will take a three-hour ride on a rumbling train to the provincial capital of Harbin before flying south to the tropical city of Sanya in Hainan, where the two can leave behind the bitter cold in their hometown and bask in warm sunshine.

This marks the fourth consecutive year for the couple to hit the road as temperatures drop. Five luggage carriers, a camera and a haversack will accompany them for the five months of their "migratory life."

"I hate the freezing winter here," Wang said of the winter chills in Heilongjiang.

Soon, more seniors from China's northeast, an area known for bitter cold and prolonged winter days, will join them in the yearly migration to escape a life largely restricted to the indoors due to chilly weather.

Rising demand by Chinese seniors for a better quality of life during the cold season has prompted a growing number to flock southward.

"I was a bit concerned when my daughter suggested I spend the winter in Sanya, because I barely knew the place and people there," said Yu Shuying, an 80-year-old from Harbin.

Only when she arrived there did she realize that the coastal city is abuzz with familiar sounds and culture.

"There are so many people from the northeast that I literally bumped into one in the same neighborhood [in Sanya]," Yu said.

With its expanding scale, the niche business is translating into big bucks for companies catering to the senior market.

The Heilongjiang subsidiary of China Southern Airlines, for example, offers winter ticket discounts for travelers over 60 years old, and extra services, such as wheelchairs and glasses, are provided for those older than 65 who board planes alone.

Li Bingchuan, a staff member of the subsidiary, said a spike in senior passengers has fueled a surge in flights in recent winters.

In summertime, these people return to Heilongjiang, where famous wetlands and boundless mountains also lure seniors from the south to enjoy the cool weather during scorching summers. This reverse trend has further contributed to airline business, Li added.

The Heilongjiang government has moved to tap the sector by holding a series of promotional seminars last month, hoping to bring capital into the province to help build nursing homes there.