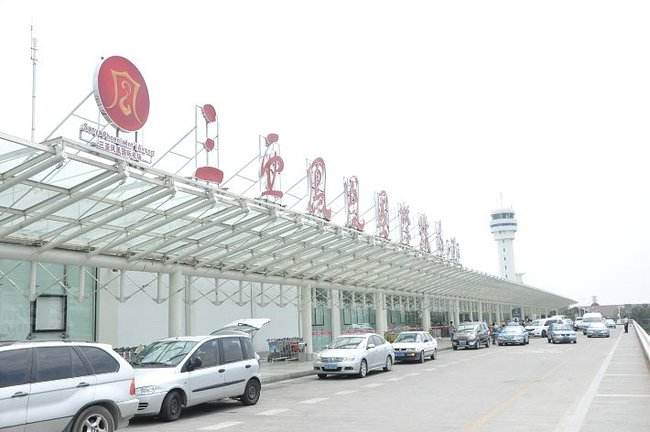 Sanya is considering building a new airport by reclaiming land from the sea, to cope with the massive influx of tourists to the southern resort, according to a mainland media report.

Officials hope to build the new airport between the Tianya Haijiao resort and the Nanshan Buddhism Cultural Zone, the 21st Century Business Heraldreported. It would then be linked to the existing Phoenix International Airport.

"The government has finally come to realise that reclaiming land from the sea is a balanced choice," an unnamed official from the Hainan provincial construction department was quoted as saying.

Phoenix airport was built two decades ago and only had one runway, the report said. It has been overburdened by the increase in tourism to Hainan since the end of the 1990s.

Just under 13 million people used the airport last year, but it was originally designed to cope with only 1.5 million passengers.

The government official said the city authorities had been considering the airport expansion plans for some time, but could not find available space around Phoenix airport.

On top of the lack of land, there are too many hills around the city's suburbs. Phoenix airport has already been expanded in three phases, including the construction of new terminals. However, the local government has predicted that tourists to the city would soon number 20 million a year. The proposed Sanya airport would be built with enough capacity to handle the tourist boom.

The newspaper said that some tour agencies had stop organising trips to Sanya, even if there was high demand, because of frequent flight delays and cancellations due to traffic congestion at the airport.

"One runway is not enough and flights are delayed or cancelled a lot," Gilles Hervieux, general manager of the Pullman Oceanview Sanya Bay Resort, told the Herald.

The debate in Hainan come as Dalian in Liaoning province is building an airport on land taken from the sea.

The aviation hub, covering an area of 20.9 square kilometres, was expected to be the world's largest airport on reclaimed land when completed within five years, Chinanews.com reported.

But the ambitious project has been criticised by some local residents wary of the cost and the safety of the site.

In an interview on state radio yesterday, the project's deputy director, Bai Guangyuan , rejected claims that the project was costing 20 times more than similar schemes inland.

"Kansai airport [in Japan] and Hong Kong airport are both built on reclaimed land. How come Dalian, with better geological conditions, should not reclaim land from the sea?" Bai said.