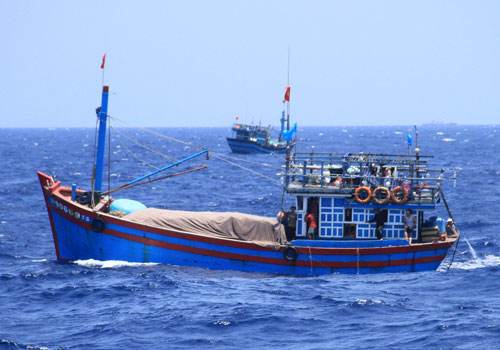 The two fishing vessels, QB93256TS and QNg-94912-TS, had seven and six fishermen onboard respectively.

Following Chinese fishing laws, the coastguard confiscated one of the vessels, and all fishing tools as well as harvests of both boats.

The captains of the vessels confessed to operating illegally and accepted punishments. The Vietnamese consul based in the southern city of Guangzhou visited the fishermen.

The Chinese coastguard deported all 13 fishermen on Tuesday. The QB93256TS fishing vessel was also handed back to Vietnam.