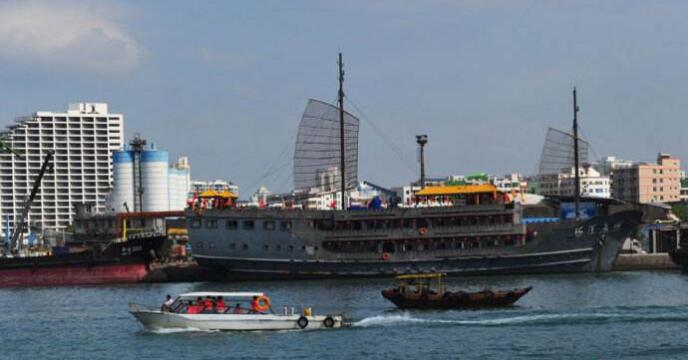 Sanya is launching a crackdown on the illegal operation of tour boats around the city's ocean areas after the media exposure of chaos in the marine tourism market in Sanya Bay.

The campaign is mainly targeting the illegal motorboats, cruise boats and tour boats along the coastline section of Phoenix Island and Narada Resort & Spa Sanya and will last for one month.

On June 10th, a total of 6 motorboats and 2 large touring boats were seized over illegal tourism operations in Sanya Bay. These ships were usually unlicensed, unregistered and unnamed, causing potential risks to the safety of tourists.

Individuals or companies that continue to operate without business licenses could face penalties ranging from having to suspend operations to confiscation of illegal boating equipment.