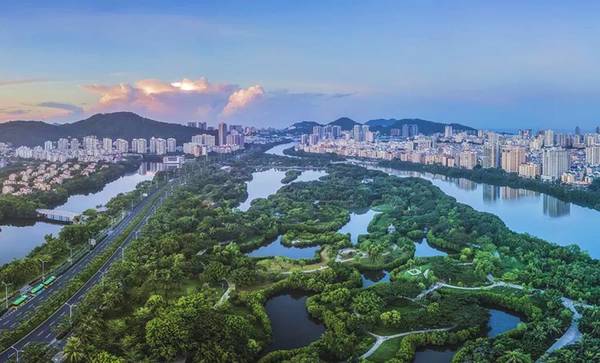 Sanya’s GDP witnessed amazingly fast growth since its establishment as a municipality thirty year ago.

The graph says it all. Thanks to the favorable policies from National Central Government, Sanya government ushered in a favorable tax system, favorable policies, pro-business environment that gradually spilled over to the tourism and service sectors and lead to a continuous growth of GDP in Sanya in three decades. The chart of year-over-year change in Sanya GDP since 1984 reveals this amazing and fast growth vividly.

With the thirtieth anniversary of the establishment of Sanya as a municipal level city, it is becoming the necessary to evaluate the city’s progress during this period, particularly in economic terms. The accompanying graph shows a sustained acceleration in economic growth from 1984 to 2013, despite the global slowdown since the financial crisis in 2007 that haunted western developed countries with linger-on effects. Sanya appears to have done amazingly well, with an average increase of 14.9% since 1984.

However, this is not the full picture. Firstly, before 1992, the increase is steady but relatively slow. After 1992, the year of Deng Xiaoping’s inspection to the south China, all fared much better and showed a prosperous momentum of development. In brief, economic growth has been continuous in Sanya for 30 years and the leaps are more apparent after 1992, after the famous southern tour of Deng Xiaoping who spurred a newer and bigger round of economic opening in China.