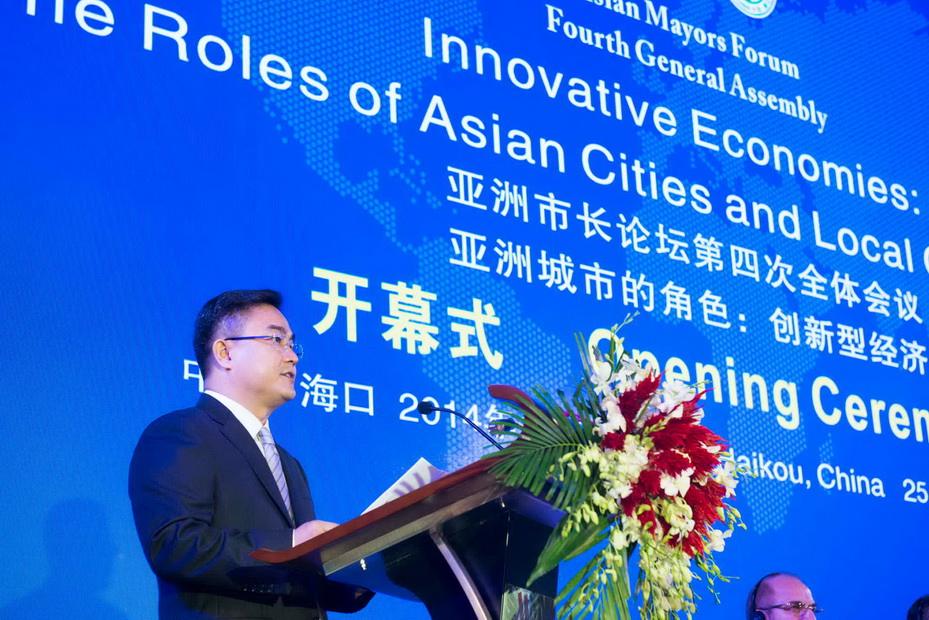 More than 200 delegations of governors and directors of Asian cities participated the Fourth Meeting of the General Assembly of the Asian Mayors Forum (AMF) under the theme of “Innovative Economies: the Roles of Asian Cities and Local Governments” on Tuesday in Haikou, capital of Hainan province.

Ni Qiang, Mayor of Haikou was elected as the fourth president of AMF. The meeting has also issued Haikou declaration on the closing ceremony. The items including decide to enhance local governance institutions and promote innovative economic cooperation among Asian cities. As well as work together for furthering prosperity, reducing developmental gap, achieving Sustainable Development Goals (SDGs), and eradicating poverty in Asian cities through regional and global networking.china

Being established in Tehran in 2008, structuring it in 2011 in Istanbul and substantiating it in 2012 in Bangkok, AMF now has 67 member cities. And it was the first show in domestic city since its establishment.

The United Cities and Local Governments (UCLG) world council and the first Haikou International Sister City Mayors Summit were held in the city at the same time, ups the participation to 800 from more than 60 countries and regions.

Actually it is the first time for the city, even for the province to host such a large international multilateral meetings with so many mayors of major cities of the world, which believed will improve the reputation of Hainan international tourism island and further the opening up of Haikou city to the world.

With active participation in international economic, technological cooperation and cultural exchange, Haikou has joined international organizations such as the United Cities and Local Governments, Metropolis and Asian Mayors Forum in recent year. Haikou has established sister city ties with 28 cities of 25 countries.

“Haikou is looking forward to enhance cooperation and exchanges in various fields with Asian cities and the whole world.” Ni Qiang said.