Australian flag was flown high together with the Chinese flag at this Sanya beach of Dadonghai
WOS threw an Aussie Day Beach family BBQ to celebrate Australia day on the Sunday 26th January 2014. 26th January was the day that the nation of Australia was founded in1901, the year the British colonies of Australia formed a Federation, marking the birth of modern Australia.

Australian flag was flown high together with the Chinese flag at this Sanya beach of Dadonghai, signifying the great Aussie spirit of sharing, Aussies and mates doing the Aussie things at a foreign land, thanks to WOS for staging such an occasion,

A fantastic day with Australian beer served ice cold as it should be and a BBQ that served up classic Aussie grub just like Con at the fish ‘n’ chip shop did all those years back in the land down under. 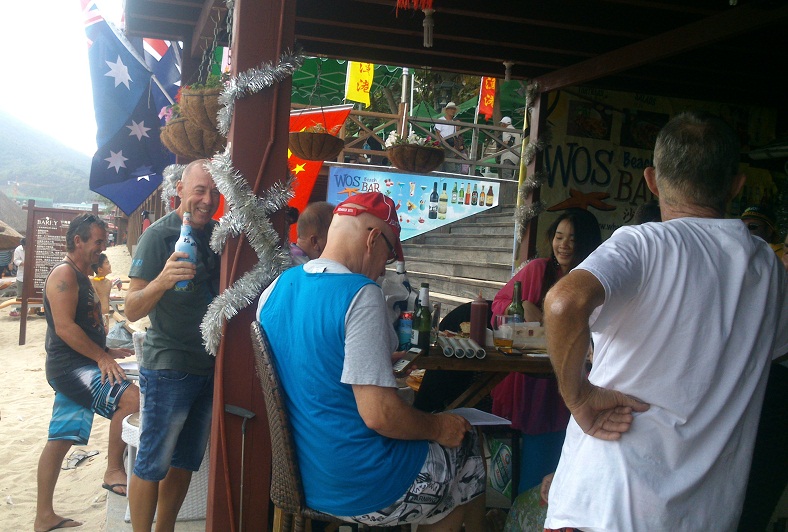 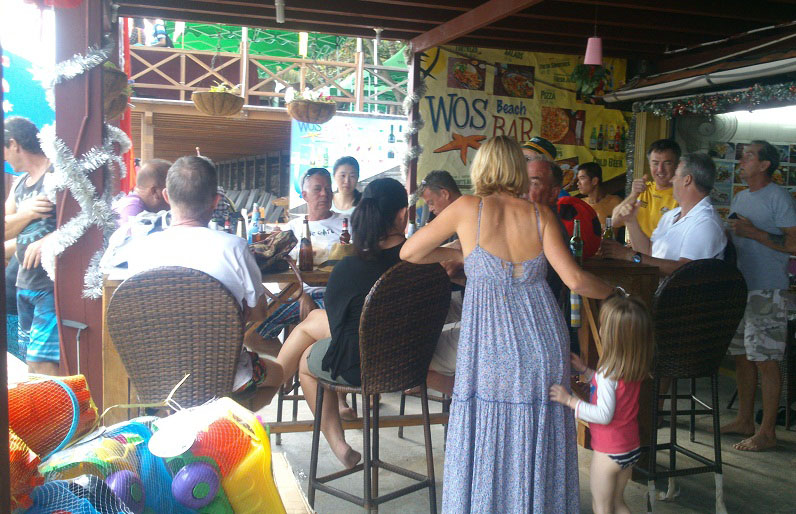 The mouth-watering Aussie steak sandwich was a show stopper. A quote from Geoff Ryan (Intercontinental Hotel general manager) “It was that good I could feel the greasy juices running down my face but didn’t want to stop eating to wipe them off”

Sean Baskett and Jason Todd said “I had to double check where I was for a moment, I could swear a Greek guy was cooking the sangas for a moment” (Greeks were the founders of most fish’n’chip shops in Australia and that’s where you would buy your burgers and steak sangas from back home in the Land of Oz). 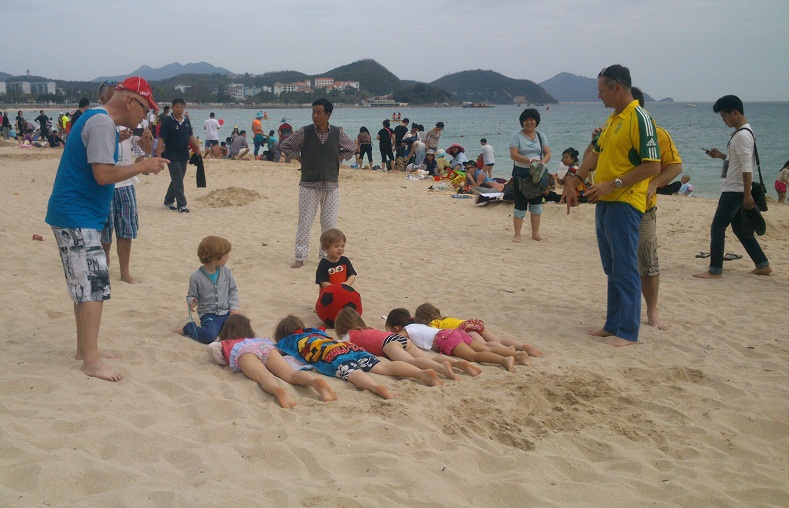 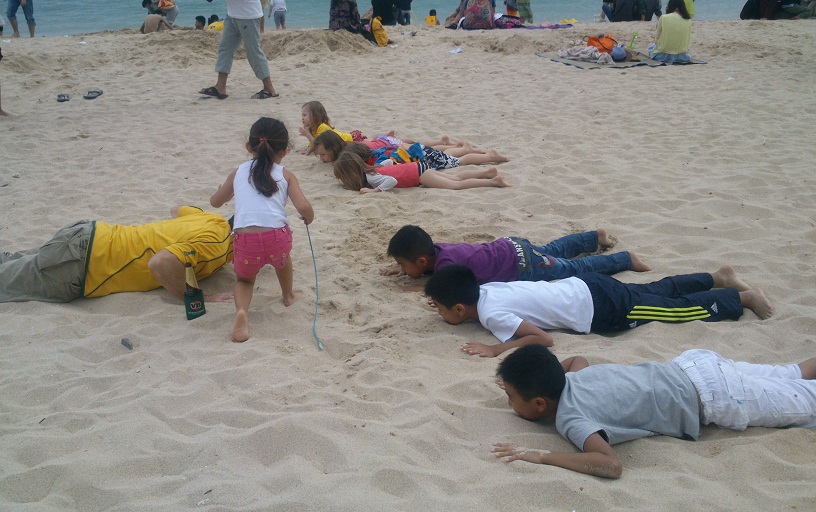 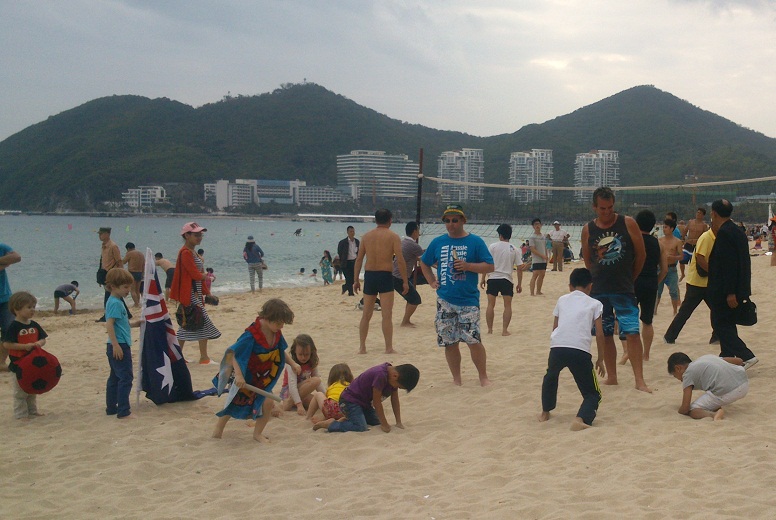 A great Aussie 2 up game was held as the Sun went down, proudly sponsored by John Close Jade Gate distillery as the fine “Sundowner” Rum was sipped by all watching the game…