Tourist market in Haitang Bay still on the rise 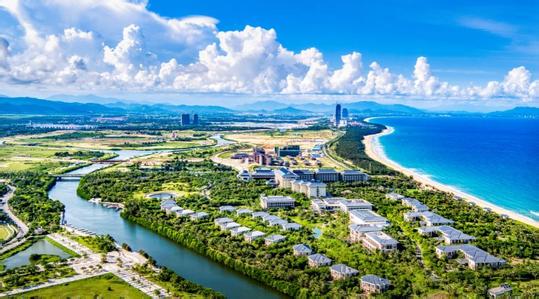 The vigorous development of Haitang Bay as a tourism destination in Sanya has been seeing a tourism boom since 2013 as a handful of high-end hotels began to bathe the region.

As of now, there are a total of 10 frontline seaview brand hotels operating on the 22-kilometer coastline of Haitang Bay including The Luxury Collection Sheraton, Kempinski, Conrad, Doubletree by Hilton, Renaissance, Gloria, InterContinental and Westin.

Statistics on the first 7 five-star hotels, consisting of tourist arrivals, tourism revenue, room occupancy rates and oversea tourists market, given by the Haitang Bay Management Committee, have shown positive results, with each seeing a 30% jump from 2012’s figures.

Last March, the committee unveiled a reward policy to entice travel agents to develop and promote tours to Haitang Bay and encouraged tourist-related enterprises in the region to explore potential tourist markets in the off-season.

Besides, many hotels have developed their own seasonal tour packages including honeymoon packages, family packages and healthcare packages to lure more visitors.