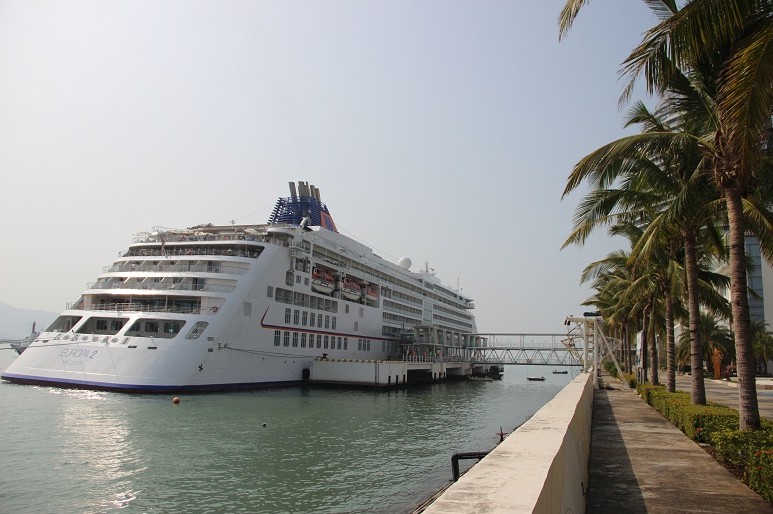 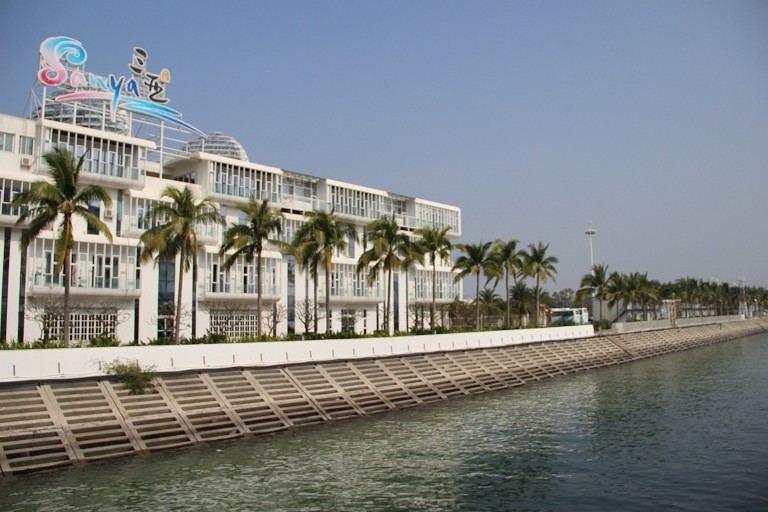 This was another significant moment for Sanya tourism, and the staffs from the Sanya Tourism Development Commission were present to oversee the process and ensure the vessel’s passengers hassle-free transfers from the striking vessel to their destination at the Hilton Hotel in Yalong Bay, one of Sanya’s most popular bays that boasts many world class international hotels. 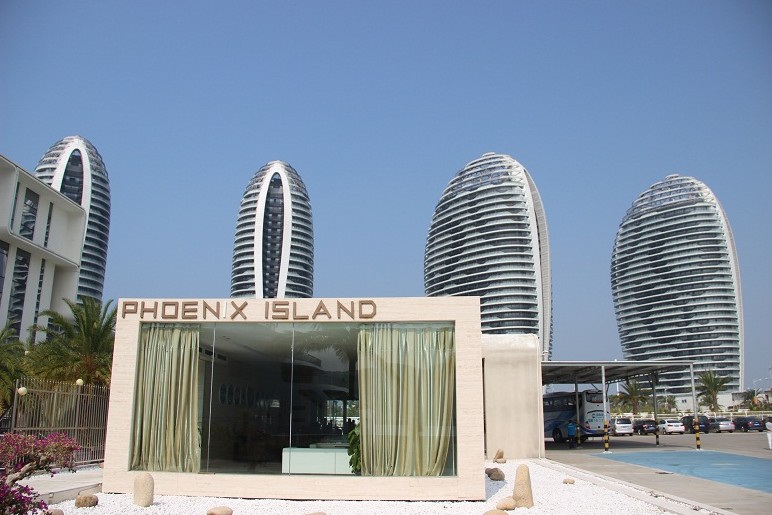 The comments from the passengers were amazingly positive, and they universally praised the hugely impressive and comfortable onboard accommodation and fantastic entertainment. Our reporter spoke to a Swedish and German couple with two young boys who had flown to Singapore from Sweden to join the cruise, and they couldn’t praise highly enough their experience of the cruise. They said it was the best way to visit so many diverse destinations and countries before arriving in Sanya, and that they were looking forward to exploring Sanya. 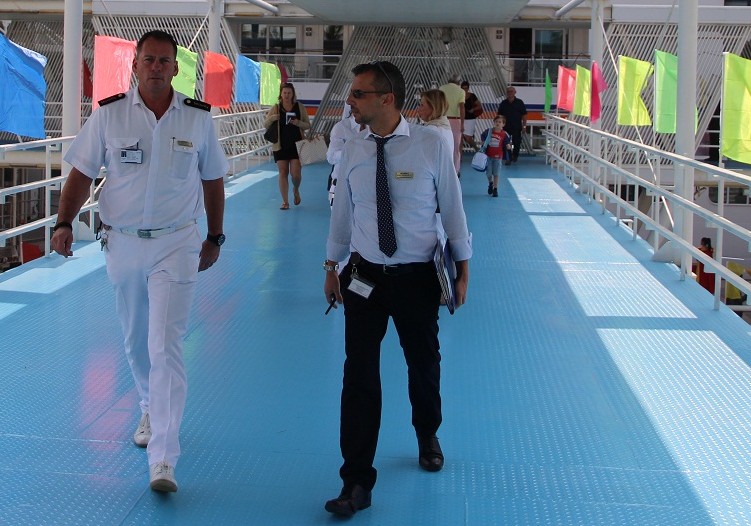 Cruise officers on the MS Europa 2
The MS Europa 2 boasts an incredible array of onboard amenities, including a 15-metre pool, gym and two golf simulators. For eating, there are no less than eight restaurants; French restaurant Tarragon, Asian restaurant Elements, Italian restaurant Serenissima, the Yacht Club restaurant, Japanese Sushi restaurant Sakura and Weltmere, which is the largest restaurant. The Europa 2 additionally boasts six bars; the Sansibar, the Belvedere, the Herrenzimmer, the Jazz club, the piano bar and the pool bar.

Despite all the bars and restaurants, the high spirits of the passengers suggested the party wasn’t too wild onboard the Europa on New Year’s Eve. With smiles on their faces, the guests were eager to explore their Sanya stopover. For its part, Sanya didn’t disappoint – with perfect weather, sun-drenched cloudless blue skies and an un-festively toasty 21c. 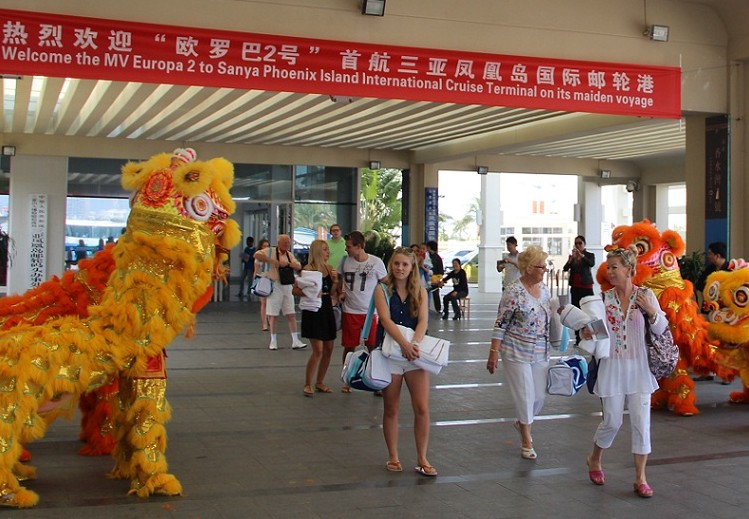 The MS Europa 2, operated by Hapag Lloyd, was built at the STX Europe shipyard at St-Nazaire, France. On 29th April 2013, the vessel was handed over to Hapag Lloyd, with Dr Wolfgang Flägel, Managing Director of Hapag-Lloyd Cruises and Laurent Castaing, General Manager of STX France, signing for the vessel. She embarked on her first service in May 2013, and was christened on the 10th May 2013, during Hamburg Port’s 824th Anniversary.