14th Hainan Carnival to kick off in Sanya this Sunday 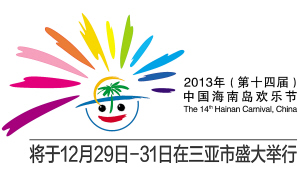 Sanya, as the main venue of the 14th Hainan Carnival which is soon to kick off this Sunday and will last until December 31st, will host the five main activities, including the opening ceremony, the Sanya international food carnival, the “journey of joy” tourism promotion week, the Sanya duty-free joyous shopping activity, and Sanya Art Season.

The opening ceremony will be held at Sanya’s scenic spot Qianguqing on December 29th, which will put a large-scale combined cultural performance of Sanya’s Qianguqing, Li & Miao people on display, as well as a One Thousand People Masked Ball, a Qianguqing Coconut Concert, a pirate battle game, and the Coconut Bay water dance performance.

In addition, a series of supporting activities, including the 2014 ‘LuHo Sanya’ New Year Carnival, the Sanya International Visual Arts Festival, the Las Vegas Song & Dance Show, the Haitang Show, the 2014 Yalong Bay Holiday Week and the Xiayangtian Cultural Festival will be held in Sanya during the carnival.

The 2014 ’LuHo Sanya’ New Year Carnival will be held from January 1st to March 2014, and the Sanya International Visual Arts Festival, which kicked off in July 2013, will last until February 2014.

The 2014 Yalong Bay Holiday Week, which will run from 31st December 2013 to 3rd January 2014, will allow the public and tourists to enjoy Hainan’s representative specialties and experience various cultural, artistic and entertainment activities.

To be held from 29th December 2013 to the end of January 2013, the Xiayangtian Cultural Festival will showcase a series of Garfield Cartoon dolls.