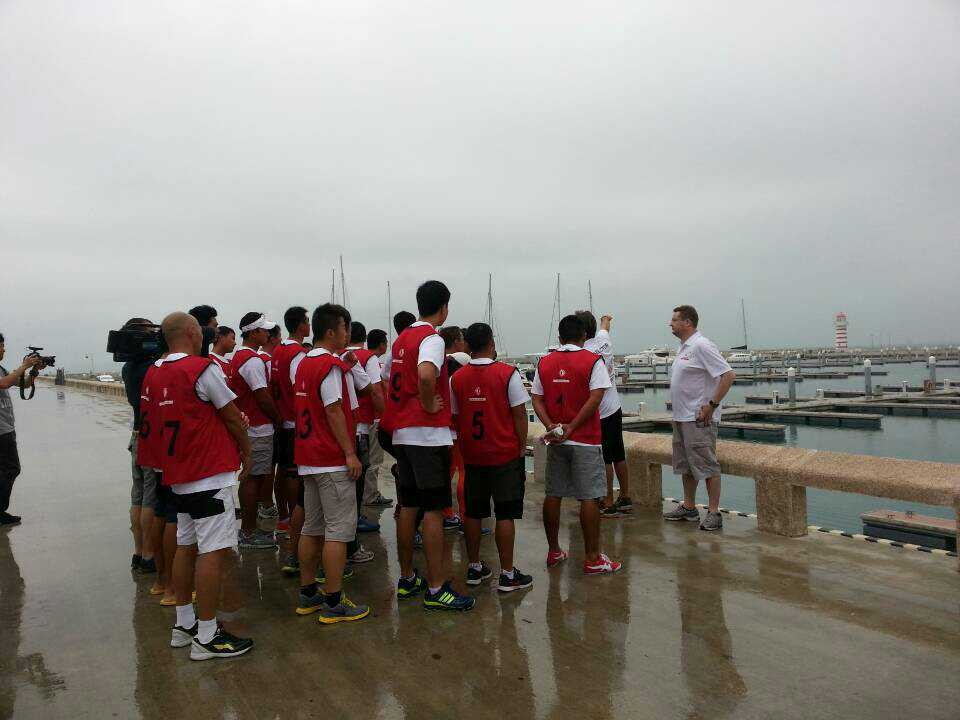 The first round of the selection trials will last two days from 8:00 am Monday to the evening of Tuesday, 17th December.

So far, Team Dongfeng has gathered a shortlist of around 22 potential Chinese sailing team candidates including one female candidate currently under assessment for the opportunity to join the team in the Volvo Ocean Race.

These candidates will go through a series of tests over a period of 36 hours to qualify for the positions, tests such as physical strength activities and mental challenges, arranged by a team who manages the selection trials process for the UK-based Artemis Offshore Academy.

As the official training center for Team Dongfeng, the Sanya Serenity Marina will work in close cooperation with the sailing team in many fields in the near future.

Mr. Nicolas Laurence, the current Sailing Academy Principal at Sanya Serenity Marina, said the race itself is a huge test of human endurance and we will take many elements into consideration like the physical conditions and psychological quality and abilities to handle the emergencies and that the sailing skills are part of that test.

During the following months, the selection and training program of the Chinese applicants will be based at the Sanya Serenity Marina.

The new Dongfeng boat is expected to arrive in China in February 2014 and a selected Chinese training squad of 6-8 elite sailors will race on board Dongfeng in the sailing program from China back to Europe. The final crew line-up will be reduced to 3 or 4 Chinese sailors, who will be announced in June.

The 2014-15 Volvo Ocean Race will begin on October 4, 2014 in Alicante, Spain and Sanya is once again a stopover port for the competing teams

Next news: Sanya remains among most popular destinations for Spring Festival 2014