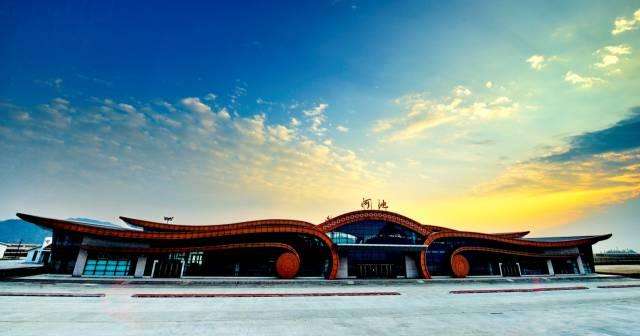 On August 28th, Hechi Airport officially opened to air traffic, setting the Chongqing-Hechi-Haikou flight as its first route. China Express Airlines Company Limited (China Express) will act as the first airline and is the first direct flight to Hechi from Chongqing.

Hechi Airport, located in the northwest of Hechi City of Guangxi Province, resides upon a 300-meter-high cliff. The airport construction took six years with a total of 65 cliffs blasted during the process and is the highest altitude airport in Guangxi province.

According to China Express, there will be three flights operating on Tuesday, Thursday and Saturday respectively each week. While the Chongqing-Hechi ticket price is set to be as low as 100 yuan, Hechi-Haikou is estimated at 150 yuan. People can also buy Chongqing-Hechi-Haikou tickets at a current 20% discount, without any additional taxes and fees. (Translated by Tan Tianqin, Fathom Language Limited)