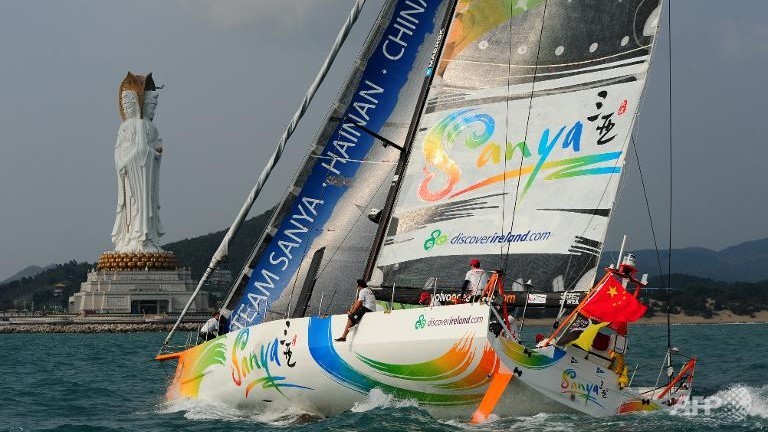 Chinese Team Sanya  during the 2011-2012 Volvo Ocean Race at Sanya. (AFP/Mark Ralston)
The chief executive officer of Volvo Ocean Race Knute Flores Tad recently revealed that the 12th Volvo Ocean Race 2014-2015 would start from the Spanish Mediterranean port of Alicante on October 4th 2014, and finish at Goteborg in Sweden on June 27th 2015. Sanya will be the fourth stop of 10 stops.

He said that the 40-year-old Volvo Ocean Race has seen some excellent Chinese players including Guo Chuan and Xu Jiali, and Two Chinese teams including Team Sanya and Green Dragon in recent years.

On October 30th, the Chinese vehicle manufacturer Dongfeng Motor Group has signed an agreement with the AB Volvo to dispatch a Chinese Team Dongfeng to represent China in the 12th Volvo Ocean Race 2014-2015.

According to the agreement, the Chinese Team Dongfeng will recruit crew from across the world, with an increasing of the proportion of the Chinese sailors.

Next news: Advantages of developing surfing industry in Hainan