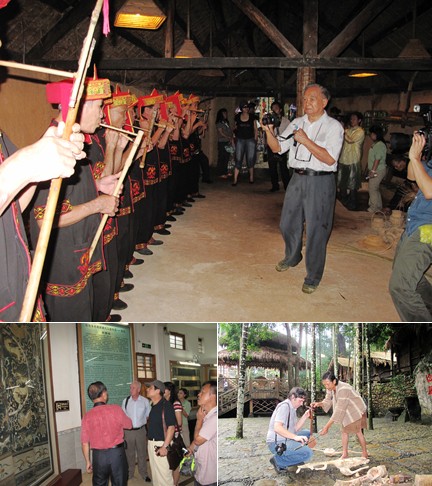 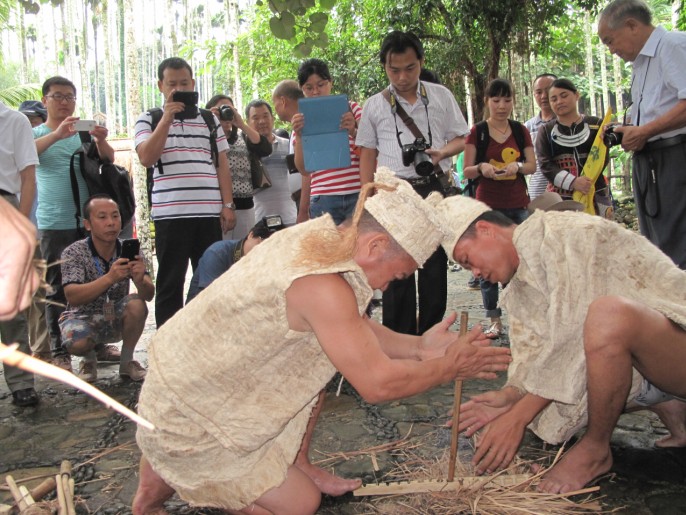 Li people were performing the ancient technique of getting fire by drilling into wood for the delegation.
Accompanied by members of staff and Director Chen from the Hainan Department of Culture Radio Television Publication & Sports, members of the delegation visited the Baoting Li and Miao Intangible Cultural Heritage Museums, and conducted research on several outstanding cultural heritage items including traditional Li brocade weaving, spinning, dyeing, weaving and embroidering techniques, Li folk songs and the ancient getting fire by drilling into wood and tree bark clothes-making techniques.

The Li brocade-dyeing technique has been included in the first batch of international intangible cultural heritage protection list by the UNESCO in 2009, according to the introduction.

At the end of the visit, Chen Guodong, the vice president of Binlanggu Valley scenic spot, presented some research books published by the scenic spot to the delegation.

Next news: China Southern Airlines to open Sanya-Russia flight route by the end of the year