14 fishermen treated in Sanya after 2 dead, 58 missing near Sansha 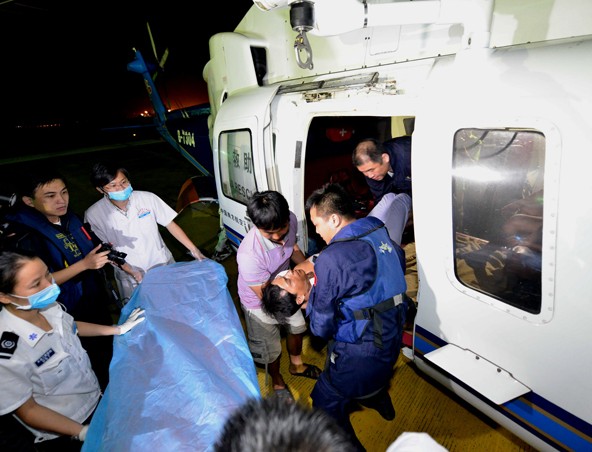 A wounded fisherman is examined at a hospital in Sanya, South China’s Hainan province, Sept 30, 2013. [Photo/Xinhua]
Rescuers Tuesday found 14 fishermen alive, retrieved two bodies and are continuing search for 58 others missing in the South China Sea after three fishing boats have sunk since Sunday afternoon due to Typhoon Wutip.

A total of 88 fishermen and their boats, all from South China’s Guangdong province, went missing near Shanhu Island of the Xisha Islands, about 330 km from China’s island province of Hainan.

SOURCE: Chinadaily
Editorial Message
This site contains materials from other clearly stated media sources for the purpose of discussion stimulation and content enrichment among our members only.
whatsonsanya.com does not necessarily endorse their views or the accuracy of their content. For copyright infringement issues please contact editor@whatsonsanya.com