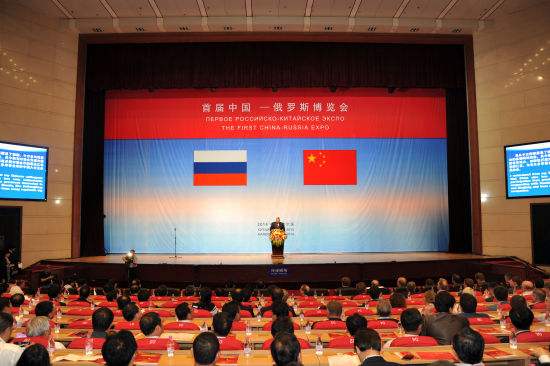 In its latest effort to attract investors to the capital of Hainan province, the city government of Haikou hosted an economic and trade promotion campaign during the first China-Russia Expo earlier this month.

At the opening ceremony of the campaign, deals on eight projects valued at 33.55 billion yuan ($5.41 billion) were inked.

According to local officials, the increasing investment in Haikou can mainly be attributed to the city’s good investment environment.

Transport infrastructure has been improved with a new international terminal that opened at Haikou Meilan Airport last August. The airport is continuing expansion, building new terminals and facilities covering about 290,000 square meters.

The airport is expected to serve 30 million passengers and have cargo throughput of 300,000 tons in 2020.

Currently 22 airlines operate 84 routes to the airport. On average nearly 270 flights take off or land at the airport every day.

Meilan Airport now has direct flights to almost all major cities in China as well as  Singapore, Seoul and Yekaterinburg, Russia.

Almost 100 percent of the cargo and more than 40 percent of passengers arrive and leave Hainan by sea, making Haikou Port on the north of the island an important gateway to the province.

It has trade connections with ports in more than 10 countries and regions such as Vietnam, Malaysia and Hong Kong.

In 2012, more than 1 million containers passed through the port, a record high.

Ships from ports in Guangdong province and Guangxi Zhuang autonomous region often choose to transfer at Haikou Port, making it a transportation hub in the Beibu Gulf rim region.

The Haikou Port has three areas, in which Xiuying will develop into a base for international cruises, yachts and sailing ships, while Xinhai will offer ferry services and Macun will focus on bulk cargo and container transport.

Moving between Haikou and areas inside the island also is becoming more convenient. The province’s Western Ring Railway will be up and running by the end of 2015 and will complete a high-speed rail loop. It will then take less than two hours from Haikou to any stop along the railway.

Haikou High-Tech Development Zone is the only national-level high-tech industrial zone in the province. Established in 1991, it has 367 registered companies. Last year, the zone was approved by the State Intellectual Property Office to be a National-level I.P. pilot zone.

The development zone generated industrial output of 12.5 billion yuan in 2013, up 44 percent from the previous year.

The Haikou Bonded Area established in 2008 has areas for logistics, processing and storage. With an administration committee, customs, inspection and quarantine bureau, commerce and industry bureau, and tax office, it offers one-stop services for companies.

Next news: 3 beautiful natural attractions to explore in Wenchang, Hainan