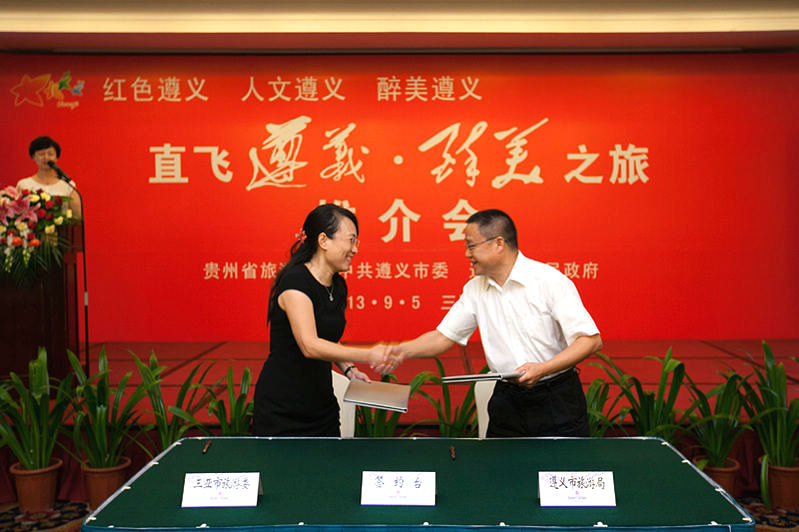 During the campaign, the promotion delegation introduced the abundant tourism resources in Zunyi. A tourism cooperation agreement between Sanya Tourism Development Commission and Zunyi Travel and Tourism Administration was also signed.

According to reports, a Sanya- Zunyi – Xi’an flight route has been launched. Operated by Tianjin Airlines with an E190 plane, the flights will run on Mondays, Wednesdays, Fridays and Sundays.