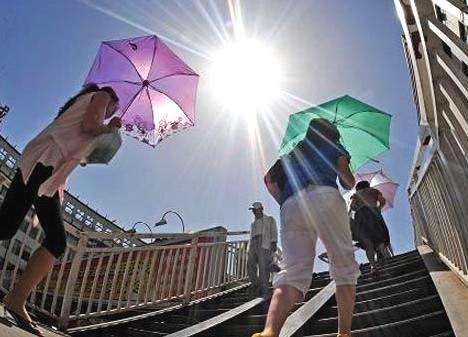 A list of how often China’s provincial capital cities recorded high temperatures in the first six months of this year has been released byweather.com.cn, Modern Life Daily reported on Thursday.

According to weather.com.cn using data from national weather stations, Haikou, the capital of Hainan province, topped the list with 28 days of high temperature in the first six months of the year. High temperature refers to a temperature of 35 C or higher.

Nanning, the capital of the Guangxi Zhuang autonomous region, went to No 2 from No 8 in 2013, recording 13 days of high temperature thisyear.

Cities that traditionally have high temperatures, including Chongqing, Wuhan, Nanchang and Nanjing, were not in the top 10 on the list.

Meteorologists said the hot weather was mainly influenced by a northwest airstream prevailing at high altitude, and forecast the hot weatherwould remain for the next two to three months.

Next news: Dongbei restaurants in Sanya