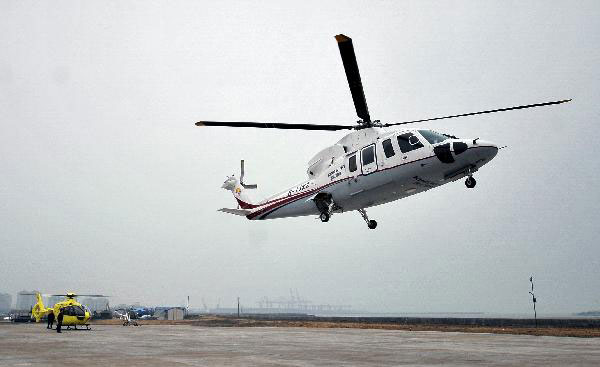 A man takes photos of a helicopter during a trial flight at low altitude in Haikou, the capital city of south China’s Hainan Province on Friday, Jan 28, 2011. [Photo: chinanews.com]
South China’s island province of Hainan declared the opening of its low-altitude airspace on Friday, in an effort to help build the island into a top international tourism resort, Chinanews.com reported.
A trial flight ceremony was jointly launched in Haikou, the capital city, by the province’s airspace administration, development and reform commission, and tourism administration, with several helicopters test-flying at altitudes of less than 1,000 meters.
The trial flight, reported as the first and largest ever of its kind, will last for two months. It will take aerial surveys on the low-altitude airspace, the airlines and the temporary landing zones in the covered regions.
SOURCE: english.cri.cn