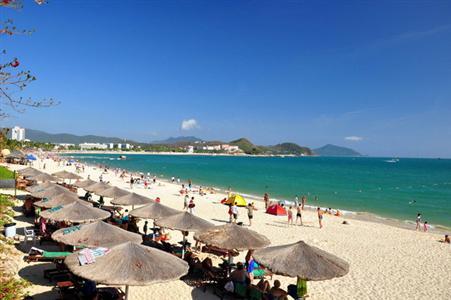 A man drowned on Sunday afternoon after trying to rescue his daughter who got into difficulties while swimming in the harbour near the South China Hotel in Dadonghai.

The man has been identified as Huang Yonghua from Hunan province, who had been working in Sanya as a construction worker with his wife.

The incident occurred when he, his two daughters and his niece were swimming in the sea.

According to Huang Xiaoli, the daughter of the deceased man, she and her cousin got into difficulties and were being swept out to sea when her father went to their assistance. But as he was pulling them to safety, another wave washed him out to sea.

Coastguards went to their rescue shortly after and pulled the two girls from the water.

The father was pulled out of water later, but unfortunately was pronounced dead after rescuers had tried their best to bring him back to life using first aid.

The coastguards said, several drownings had happened in the harbour the same day, despite the fact that they had been patrolling and trying to persuade visitors not to swim there.

Next news: Sanya tightens supervision over transportation of dogs and cats