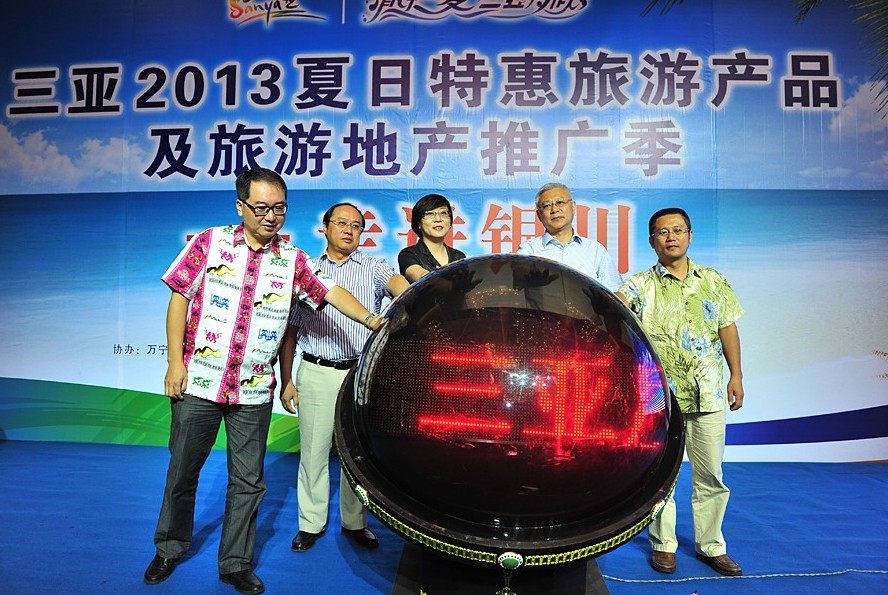 Hainan island’s cities including Sanya, Wanning, Wuzhishan, Lingshui and Baoting unite together to organize tourism promotion activities in Yinchuan to promote summer tourism.
Working together with local government officials and elites from the tourism industry, a Sanya delegation kicked off the annual Sanya Special Preferential Summer Tourism Promotion Campaign with the theme of “Cool summer holiday in Sanya” in Yinchuan, the capital city of Ningxia Hui Autonomous Region on June 27th.

More than 200 people from the tourism industry in Yinchuan and Hainan attended the promotion campaign, and the Sanya delegation introduced special preferential summer tourism products and high-quality tourist real estate projects in Sanya at the event.

At the campaign, the mayor of Sanya city Wang Yong emphasized the fact that the Sanya summer is cool, and winter is mild, due to its maritime monsoon climate and 68% forest coverage. He explained that the best possible time to experience the charm of the the coastal city is the summer.

He added that all Yinchuan people are welcomed to enjoy the summer tourism, purchase properties and invest in Sanya.

Besides, the abundant tourist resources of Wanning, Wuzhishan and Baoting also won the favor of the tourism industry in Yinchuan at the event.

Next news: Haikou next up in Hard Rock’s China’s expansion plan