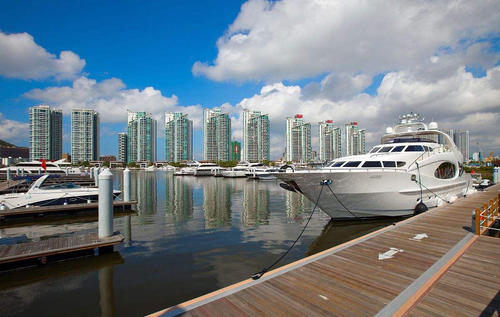 China Vanke Co. (000002.SZ), the nation's largest property developer by market value, said Monday its sales in April rose sharply from the weak levels of a year ago but dropped nearly 19% from the March tally.

Analysts said they weren't convinced that government curbs on some home sales were to blame, saying that seasonal factors were more likely behind the month-on-month decline.

The Shenzhen-listed developer had sales of 12.38 billion yuan ($2.01 billion), down from the CNY15.20 billion reported in the previous month.

Sales were up 66% from a year earlier, according to Dow Jones Newswires' calculations.

In a filing to the Shenzhen Stock Exchange, the company said sales in the first four months of the year totaled CNY56.02 billion.

"This is within expectations and the decline is due more to seasonal factors rather than policy," said Jinsong Du, an analyst at Credit Suisse.

"When I spoke to Vanke executives last week they said home-buyer sentiment remains quite strong. I expect a pickup in sales in May and June," Mr. Du added.

In March, China's State Council, or cabinet, ordered local governments to strictly enforce a 20% tax on profits from resales and threatened to use other market curbs to keep prices from mounting higher. So far only Beijing has actually put the profit tax in effect but the move has created market uncertainty.

Analysts said that the market will be eyeing April sales data from other major property developers like China Resources Land Ltd. (1109.HK) to see evidence of a bigger impact from the policy measures.

While Vanke's figures are still strong, sales in the broader market have taken a bigger slide.

Housing transactions in 36 out of the 43 cities covered in a market survey were down in April from March, according to data from China Real Estate Index System released Monday. The cities showing a downturn in transactions included Beijing, Shanghai, Tianjin, Wuhan, Guangzhou, Sanya and Xiamen.

A number of local governments pledged in late March and early April to step up screenings of homebuyer qualifications. They also said they would rein in growth in prices to a level similar to growth in annual per capita income. Housing transactions spiked in March, as home sellers and buyers sought to get their deals completed ahead of the tightening moves.

Some cities, especially larger ones, recorded a decline in transactions last month.
SOURCE: foxbusiness.com
Editorial Message
This site contains materials from other clearly stated media sources for the purpose of discussion stimulation and content enrichment among our members only.

Next news: 2013 China Yachting Industry Forum to kick off in Haikou