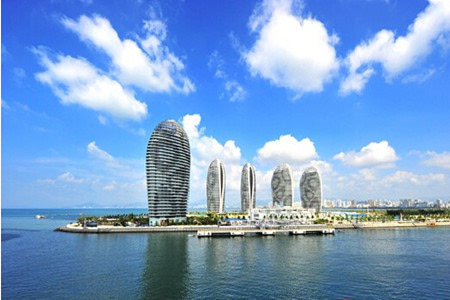 As their country changes in myriad ways, many Chinese are caught in the unfortunate position of being unable to support aging parents and grandparents.

"With rapid aging, and other kinds of cultural changes, it's not possible for the children and the grandchildren to meet all those care needs directly, physically," said Allen Hager, CEO of Right At Home Inc, a US-based franchiser of home health care services for the elderly that is expanding into China.

As their country moves toward affluence, Chinese are increasingly hiring live-in care givers who can tailor services to the client's needs, Hager said. At the same time, the decision to hire a trained, professional provider reassures adult children that their loved ones are safe and well cared for.

In a country known for its focus on elder care, statistics from the Ministry of Civil Affairs illustrate China's challenge: More than 167 million Chinese, nearly 13 percent of the population, are at least 60 years old. Family members take care of about 90 percent of the nation's elderly.

"There is often only one [child], or no children, who are able to provide care to their parents, and in some cases also their grandparents and children," said Tony Buccheri, international support manager for Right At Home, which is based in Nebraska.

On top of that, an increase in the number of relatives who work also limits the availability of care for elderly family members, he said.

For most of the past half-century, adult children in China could care for their elders without outside help.

"They either moved the family in with them, or they made arrangements and they helped their parents directly," Hager said.

But demographic shifts have made in-home care an attractive option for people with less time to fulfill traditional obligations themselves, according to the CEO.

By 2050, China is expected to have more than 400 million people over age 60. A recent study by US credit-rating firm Standard & Poor's found that disproportionate growth in the number of elderly will strain China's public finances as an increasing population of older citizens depends on a declining work force for support.

Amid an expected jump in demand for its services, Right At Home has announced a plan to expand this fall from five offices in China – two in Beijing, and one each in Chengdu, Wuhan and Hangzhou – to eight. It will open offices in Changchun, Shanghai and Sanya.

Each location employs five to seven office workers and 60 to 100 care givers in the field. Depending on the loved one's required level of care, trained, live-in providers can stay in a home for one to five days at a time, over weeks and months, switching on and off with colleagues.

The growth in Right At Home's business parallels the increasing prosperity of its potential customers.
Fees for care givers can range from 100 yuan ($16.22) for an hour of basic companion-care services to several thousand yuan for a full month of personal care, Buccheri said.

Although its clients tend to be higher-income, Right At Home sees itself as a way to reduce China's national health care costs, citing studies that have shown elderly tend to be happier and healthier when they are able to remain in familiar surroundings among people they love.

Hager, a former hospital administrator, founded Right At Home in 1995. With more than 300 offices worldwide and annual revenue of more than $234 million, the privately held company has operating units in the US, China, Brazil, the United Kingdom, Canada and Ireland.

China doesn't yet provide health insurance coverage for the kind of services offered by Right At Home, Buccheri said.
SOURCE: China Daily
Editorial Message
This site contains materials from other clearly stated media sources for the purpose of discussion stimulation and content enrichment among our members only.

Previous news: HNA Group expects annual revenue to soar to $US70 billion by 2020