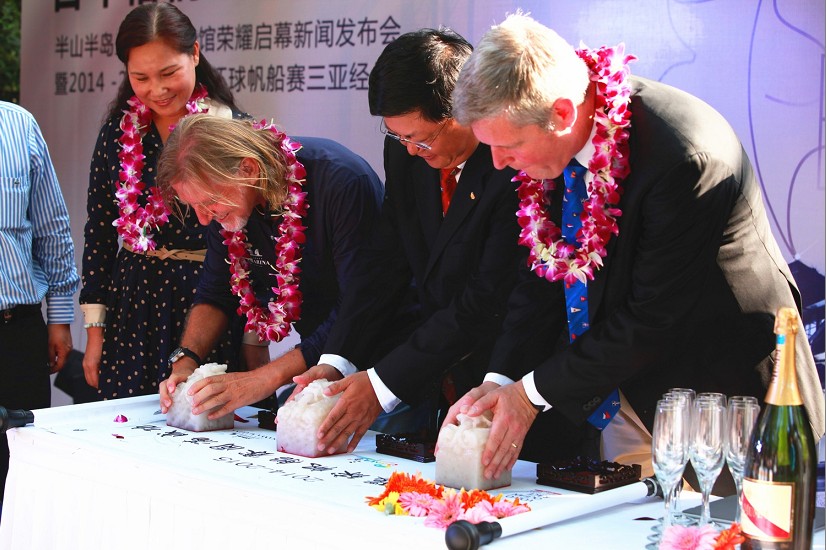 Volvo Ocean Race COO Tom Touber with Chinese authorities during the press conference at Serenity Coast Shanghai Club.
At the signing ceremony for the Sanya stopover held in Shanghai on April 28, 2013, Sanya has been officially announced as the fourth stop of 10 stops once again in the 2014-15 Volvo Ocean Race after the 2011-12 season.

The sailing team is expected to stop at Sanya in February 2015 after stopping in Abu Dhabi and Auckland.

Sanya stood out from 82 cities bidding for hosting the 2014-15 season, becoming one of 10 stops globally. According to Tom Touber, the COO of the Volvo Ocean Race, all sailing teams will use the same designing boat and the race in 2014-15 will feature an all-female team for the first time since 2001-02.

As the famous tourist city, Sanya has proven itself as one of the most favored sailing cities in China and around the world. We also hope that our endeavors can make the Volvo Ocean Race an important project to build Sanya into an international tourism island utilizing its global influence, culture and branding value, said the Vice Mayor of Sanya government