Women detained for leading passengers off Sanya-bound flight in Guangzhou 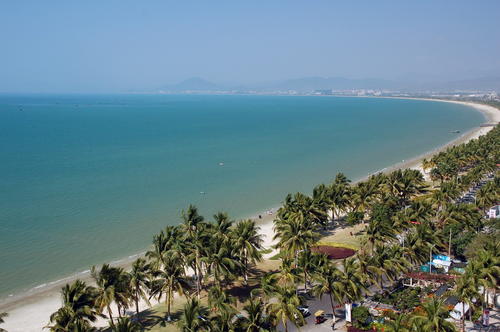 Two women who twice led passengers on a delayed flight off a plane in protest at Guangzhou's Baiyun International Airport on Wednesday have been placed under administrative detention for 20 days.

A third woman was placed under detention for 10 days for disturbing order at the airport and obstructing police.

They were among more than 150 passengers waiting for their flight to take off at 12:30 am on Wednesday.

The plane had been scheduled to take off at 8:20 pm on Tuesday for Sanya in Hainan province, but the flight was delayed due to a rainstorm.

The two women ignored appeals for calm by flight attendants and led more than 20 passengers off the plane and onto the airport apron, the Guangzhou-based New Express newspaper reported.

Police were called in and the passengers were persuaded to return to the plane.

An hour later, with the take-off time still in doubt, the two women again led some passengers onto the apron and tried to step onto the runway.

They shoved airline employees and police officers. Police led the pair and another protest leader from the area for questioning. The other passengers returned to the plane, which took off at 3:25 am.
SOURCE: China Daily
Editorial Message
This site contains materials from other clearly stated media sources for the purpose of discussion stimulation and content enrichment among our members only.